Fast & Furious 7 just got a little more dangerous. The franchise has tapped international action star Tony Jaa for its next outing. 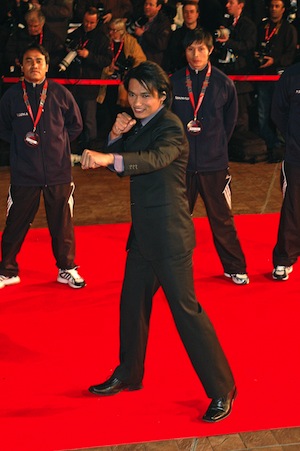 The next Fast & Furious sequel is beefing up its cast. The Hollywood Reporter claims that action star Tony Jaa has joined the film. It will be the Thai actor’s English-language debut. There’s no better way to make your mark than in one of the most successful franchises of all time.

Jaa recently released a statement saying, “I have been a big fan of the Fast and Furious franchise. The films are fast paced, fun and keep the audience involved. There is a great mix of humor and action, something I really appreciate. There is no better film to be involved in for a first U.S. studio production.”

Jaa is best known for starring in the Ong Bak trilogy. He grew up idolizing Jackie Chan and Jet Li before becoming an action star in his own right. At the moment, the script for Fast & Furious 7 is still being written. Therefore, Jaa’s character remains a mystery.

What we do know is that Jason Statham will appear as the main villain. The British actor made a memorable cameo at the end of Fast & Furious 6. Another newcomer expected to shake things up is Ronda Rousey. She’s a professional mixed martial artist who could be following in the footsteps of Gina Carano.

What do you think of Jaa joining the cast?