Stan Lee will miss out on one of next year’s biggest Marvel movies. The comic book legend confirms he’ll be visibly absent from X-Men: Days of Future Past. 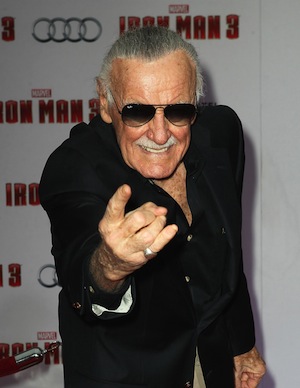 It’s hard to think of the Marvel Universe without Stan Lee. The comic book writer is responsible for creating some of the biggest superheroes of all-time: Spider-Man, the X-Men, Daredevil, the Fantastic Four and all of the Avengers.

Because of his contributions, Lee is famous for appearing in their big-screen adaptations. He makes a strategically placed cameo in nearly all of Marvel’s films. But lately, his presence has been missed. The 90-year-old didn’t show up in this summer’s The Wolverine, and he won’t be in next year’s X-Men: Days of Future Past.

Why has Lee forsaken thee? It’s a combination of bad scheduling and old age. According to Bleeding Cool, the writer broke the news to fans at the Fan Expo in Toronto. He revealed that he was set to shoot his X-Men cameo this weekend but had opted to attend the Expo instead. Lee didn’t want to disappoint fans at the last minute, and we can’t fault him for that.

He also explained why he was absent from last month’s The Wolverine. The film was shot Down Under, and it’s a long journey from the U.S. to Australia. Lee just wasn’t up for the trip. But don’t worry — he’s still expected to show his face in The Amazing Spider-Man 2.

Lee’s cameos have become legendary. If you think we’re exaggerating, take a look for yourself.

www.youtube.com/embed/kLVBcCkVWb0
X-Men: Days of Future Past opens in theaters May 23, 2014.