Sunday is going to be one hot night at the MTV Video Music Awards. For boy band fans, the reunion of *NSYNC is going to rule the airwaves. 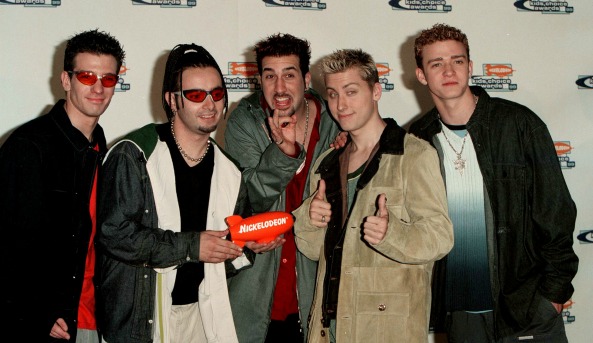 The news that every *NSYNC fan has been waiting for seems to be here. According to Us Weekly, the MTV Video Music Awards reunion of the boy band is officially on!

On Sunday, Aug. 25, Justin Timberlake will be receiving the Michael Jackson Video Vanguard Award. In honor of Timberlake’s achievements, his old group will reunite to celebrate the music that gave him his big break.

Timberlake will be joined onstage by JC Chasez, Lance Bass, Joey Fatone and Chris Kirkpatrick for a medley of their greatest hits.

A source revealed to the entertainment magazine, “They will reenact some of their greatest videos in a medley. Then Justin will sing his new song ‘Take Back the Night’ and get his [Michael Jackson Video Vanguard Award].”

One of the singles that will be heard is “Bye Bye Bye” from their 2000 album, No Strings Attached. However, another source cautioned that the former boy band is still finalizing their set list.

All of the members of *NSYNC have been sighted in New York, and they are currently rehearsing for Sunday’s show.

The last time the public saw the group together was in 2003 at the Grammy Awards for a tribute to the Bee Gees. *NSYNC’s last album was released in 2005 as a greatest-hits collection.

The group played it cool as the rumors heated up earlier this week after a tweet from an MTV intern. Bass spoke briefly about a potential reunion on his SiriusXM radio show, Dirty Pop With Lance Bass.

We think that’s a confirmed yes. We will see you at the VMAs, *NSYNC!