He may have left us a few years ago, but new music from Michael Jackson may be just around the corner — if Justin Bieber has anything to say about it. Take a listen to “Slave for the Rhythm.” 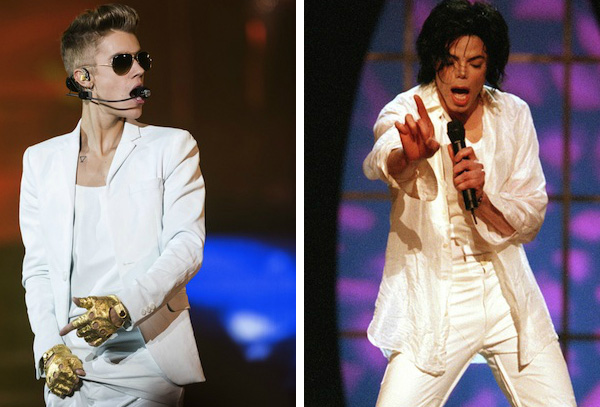 Four short years ago, the world lost the King of Pop, Michael Jackson.

Four short years ago, Justin Bieber was an unknown 15-year-old kid with a webcam living in Canada.

So who would have thought MJ and The Biebs would ever team up?

Well, it seems Justin Bieber would have thought that. Here’s his tweet from last week:

Hmmmm. We wondered what exactly he was excited about, but it wasn’t long until an online leak answered that question for us.

Right after Jackson died, an unreleased song appeared online called “Slave to the Rhythm.” The song was OK — certainly nothing great and the lyrics were… well, it’s just not that great a song.

And right after Justin released that tweet, there was another mysterious leak of the song. But this time it was a duet between the King of Pop and, you guessed it, the Prince of Pop, Justin Bieber.

He followed up the next day with two other Tweets honoring the King of Pop:

Bieber’s camp has yet to confirm the collaboration is the real deal and an upcoming track, or wishful thinking on the part of the Biebs.

Rapper 50 Cent says Bieber could be the new Michael Jackson >>

While it’s being taken down as soon as it’s posted all over the internet, there are still a few clips of the song around. Take a listen to the Jackson/Bieber duet “Slave to the Rhythm.”

What do you think of the Michael Jackson/Justin Bieber duet? Let us know in the comments below.