Caleb is coming to an end on Pretty Little Liars, but the drama with A is far from over. Expect twists and cliffhangers, but we’re praying for a few answers as well, for once. 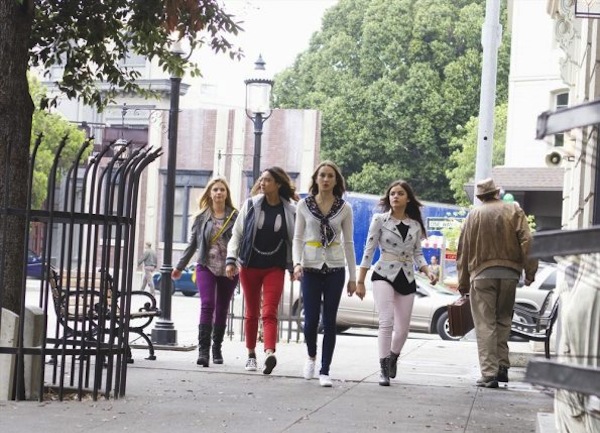 So far this season of Pretty Little Liars has been a disappointment. We were told Season 4 is the season of answers, but the only thing we know 11 episodes in is that A is after the girls just like always. It feels like we’re running around in circles. We’re depending on next week’s episode to bring the show back before it goes on break. (There will be a Halloween episode, and the show will finish out its season with new episodes in the new year.)

Season 4 is the season of answers… right? >>

Wetpaint.com spoke with Keegan Allen (Toby), and he revealed some tidbits about what to expect on the mid-season finale.

“There’s never really closure on this show,” Keegan said. “I feel like the fans really drive the show, and I’ve seen Marlene King just toiling over these story lines since Season 2. And now seeing her go into Season 4 and deliver this finale, in its true essence of what Pretty Little Liars stands for, it’s thrilling and shocking and it really meets and exceeds expectations every time.”

Don’t expect a Red Coat reveal just yet. We suspect that CeCe’s introduction back into the show last night was just a distraction from the bigger picture the liars have yet to see. Not to say she isn’t involved, but there’s got to be more to the story.

One thing we do know is Caleb is leaving the show for the spin-off Ravenswood. Executive producer Marlene King told ETOnline the show has designed a perfect Casablanca moment between Caleb and Hanna (Ashley Benson) for his exit.

“Hanna really gives Caleb permission to leave Rosewood and, basically, go to this other show,” King said. “I hope our fans embrace it as much as we’ve embraced it as writers.”

We just hope the mid-season finale gives us some kind of answers, something we’ve never really gotten from the show. They’re promising “the biggest reveal yet.”

Good. They’d better deliver because we still have questions from Season 1 that have yet to be laid to rest. The biggest: Is Allison really even dead?