Nicole Kidman told an Australian magazine that her life is much happier now that Tom Cruise isn’t in it anymore. 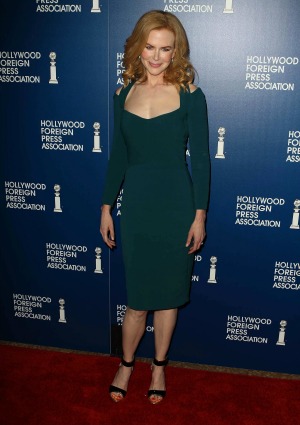 It’s tough to be Tom Cruise these days. First his wife Katie Holmes leaves him, then his controversial religion of Scientology comes under attack. Now his former wife Nicole Kidman says her life is so much happier now that she’s married to someone else, and that she used to have to live in her fantasies to make it through the day.

In an interview with Australia’s Bordermail, Kidman was asked if she’s happy today, more than 10 years after she and Cruise split.

“Yes,” she said. “Happy in the sense that I have my girls and my husband and I have a very, very strong real life to counterbalance my fantasy life now. My fantasy life used to outweigh that more, and now I’ve kind of balanced it, which is a lot healthier.”

Kidman seemed to be referring to her daughters Sunday and Faith with current husband Keith Urban without including her adopted kids with Tom Cruise, Isabella and Connor — with whom she is said to have a distant relationship since the couple divorced.

That seems to have taught Kidman a hard lesson: Family first, always. When asked how she balances work and home, she replied, “It’s not even balance. I say, ‘Is this going to work for our family?’ And Keith and I sort of talk about it, and there are times when he’s said no and then I don’t do it. And I’m absolutely fine with that because I want my marriage and want my family more than I want anything else.”

This doesn’t mean she’ll say goodbye to her career, though. Currently promoting her new thriller Stoker, Kidman said it’s now about pushing herself to new heights.

“In the second half of my life, I don’t want to succumb to any complacency,” she said. “I want to push myself and keep pushing myself to places of discomfort and discovery. I am still very curious.”

“I have less patience for mediocrity.”