Chris Brown had some choice words for the judge who ordered him to redo 1,000 hours of community service last week. 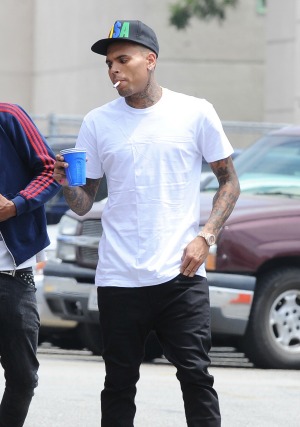 Chris Brown is mad as hell and he’s not gonna take it anymore… Or at least he’s going to put everyone on blast on Twitter. The notoriously angry young star is pretty heated over a judge’s decision to make him do 1,000 hours of court-ordered community service, and he let all 13 million of his Twitter followers know it.

The problem stemmed from his 2009 arrest in the beating of his then-girlfriend Rihanna. Officials in the Los Angeles District Attorney’s office suspected Brown had not actually completed the original 180 hours he was sentenced, but had rather forged signatures while vacationing or performing elsewhere.

Brown agreed to the additional hours after prosecutors alleged he was actually on a private jet bound for Cancun when his probation records stated he was doing community labor.

Just because he agreed to do it, though, doesn’t mean he’s happy about it — and he voiced that displeasure loudly on Twitter last night.

“N***a done 6 months community service wit police and the DA racist a** crying to the judge that I didn’t do it. F*** the SYSTEM!”

“How about y’all take care of all the homeless kids and families on skid row. Promote helping people that are really f***ed up in your city!”

Brown’s attorney Mark Geragos said last week that the additional hours were agreed to with the provision that the court made “no findings that there has been any violation of probation.”

The singer recently spent a whopping 45 minutes in jail because of a hit-and-run case, which could have seen his probation completely revoked, but the matter was dropped.

VIDEOS: Learn how to dance like Chris Brown
Chris Brown is trying to avoid “haters”
Is Chris Brown quitting music?