It seems like Robert Pattinson wants to forget his past, and what got him to where he is today. But why would he turn on the fans? 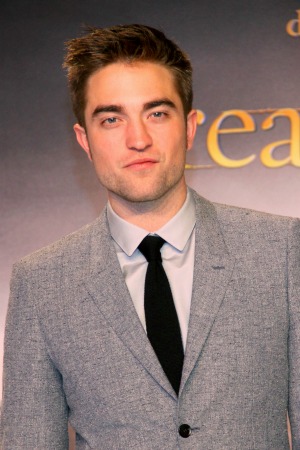 Finally, Robert Pattinson tells us how he really feels. The Twilight heartthrob isn’t exactly known for speaking his mind (during a cheating scandal with Kristen Stewart last year he barely made a peep). But the actor spoke with German magazine Interview about his life and the things that really bug him; first and foremost is the nickname RPatz.

“I’d like to strangle the guy who came up with it!” Pattinson said.

The actor did say he knows who it is that started the trend (even calling him “some fat celebrity blogger”), but wouldn’t say who it was.

Pattinson made similar comments back in November, telling Savannah Guthrie that he doesn’t “understand what the nickname culture is.”

“If I could figure out a way to get rid of that, it’d be amazing,” he added. “It does sound like an antacid tablet.”

While Pattinson has played many roles, he is probably best known for his part as Edward Cullen in the Twilight series. But he admits he doesn’t really understand the series’ fans.

“What’s really weird about Twilight fans is that they’re not really teenagers,” he explained, according to Us Weekly. “Most of them are older. Twilight has its own fan culture that existed from day one. And in an intense way that didn’t exist before. Sometimes I ask myself what these masses of people do the whole day. They sit in front of their computers and comment on anything having even remotely to do with Twilight.”

Is love in the air again for Robert Pattinson? >>

It appears RPatz, who just signed as the new face of Dior, is moving on, but seems to have already forgotten what (and who) got him to the place he is today. And he is not the only one. Twilight author Stephenie Meyer recently told Variety she is “so over” the franchise.

In Pattinson’s attempt to move on from Edward Cullen, he is working on a variety of projects. He is currently filming Maps to the Stars, co-starring John Cusack and Julianne Moore.