SheKnows had a chance to talk to superstar Shania Twain about life in Las Vegas while performing her stage spectacular Shania: Still the One at Caesars Palace. 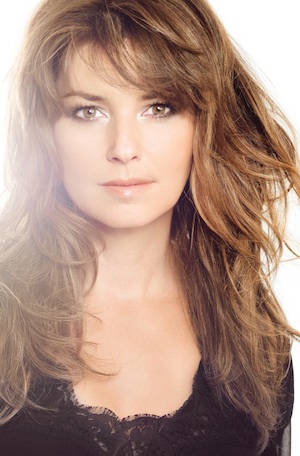 Since then, the Canadian superstar has racked up numerous awards and honors, including her 1997 album Come On Over, which has become the best-selling studio album by a female act in any genre and the best-selling country album of all time.

She has conquered her home country of Canada, and the U.S. country and pop charts, so what’s next?

Things to do in Vegas besides gamble >>

Twain brought all of her biggest hits to The Colosseum at Caesars Palace for a two-year residency that began in December.

Her stage show, Shania: Still the One, brings all of her biggest hits together for a spectacular performance.

Taking more than a year to put together, Twain explained that this show is much different from a regular tour because of the venue.

“What you can do in The Colosseum at Caesars Palace, you can’t do anywhere else,” she said. “The technology is outstanding. You can do almost what you think is the impossible in that room.”

The top hotels on the Vegas strip >>

The show takes fans through her life, both personally and professionally.

Twain explained that when planning the show, she went back through some of the iconic images from her career to develop the story line and especially the costumes.

“The costumes are wow,” she said.

For a woman who grew up hunting in Canada, you’d think that Vegas would not be Twain’s cup of tea. But as she explained, “I’m never bored [in Vegas]. It’s really diverse, there’s great food, great shopping and always a fantastic show to see.”

And on her days off, Twain and her family like to spend time together hiking, playing sports and eating all of the great food Vegas has to offer. “Just normal stuff,” she said.

Along with her free-time activities, she has been developing her cake baking skills. “My specialty cake is chocolate, but my newest success is banana spice cake.”

Just taking a look at the 48-year-old Twain, you can see that she’s been doing something right. So what are her beauty secrets? We hope it’s chocolate cake.

“Fitness and good eating. I eat a lot of salads and stay away from sugars,” Twain said. Darn. She also added the importance of staying out of the sun and using sun block for good skin.

But don’t think she spends her days in the gym. Twain prefers to exercise outside. “I’m not crazy about the gym. I love tennis and walking.”

As for her current musical tastes, Twain cites Lana Del Rey, U.K. singer-songwriter Birdy, classical music and P!nk. “It would be really fun to do a duet with her.”

And still, it’s hard to believe that with her whopping 35 singles, in the 20 years since she’s been performing, Twain has released only four albums. But she said now that the Vegas show is up and running, we can expect more music from her in the near future. “I am in the process of reviewing potential producers for a new album.”

She explained that she wants this album to be different from her past ones, but “still true to me. I just want to follow my gut and let the songs lead the way.”

This will be Twain’s fifth studio album and her first in 11 years.

The 5 most memorable moments in CMA history >>

Looking back on the most important lesson she’s learned over the years, Twain explained that the key is to “enjoy the success, but not take it too seriously. [Performing] is not a job for me. It’s a pleasure.”

“People should come to the show [in Vegas] because it’s for them. I do what I do for [my fans].”

Check out what you’re in store for when you go and see Shania: Still the One at The Colosseum at Caesars Palace in Las Vegas. You can purchase tickets here.

Plus, SheKnows is going to give you a chance to win tickets to see the show in Vegas!