Kanye West has never really shown any affection in public. But for his interview with Kim Kardashian’s mom, he opens up about his love for his baby mama and how she changed his life. 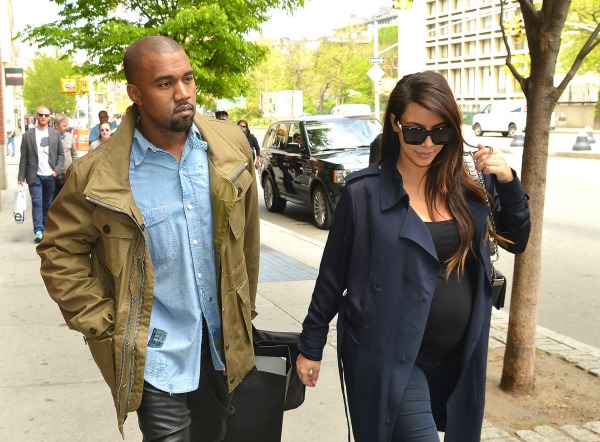 Kanye West will attempt to share his softer side on Friday when he sits down with his girlfriend’s mom Kris Jenner on her new show Kris. The rapper has just become a daddy for the first time, and in a rare moment, lets down his guard in public.

“I could have people saying, ‘This is going to damage your credibility as [an] artist or as a designer,’ and I say, ‘I don’t care, I love this woman,'” he told Jenner about baby mama Kim Kardashian. “I’m saying I’m being with this person because, you know, I love this person. She’s worth it to me.”

West and Kardashian had been friends for years before getting together, including during a short-lived marriage for Kardashian. But the rapper admits he had had a crush on her for a long time.

“I just dreamed about being next to her, and any time I could,” he admitted. “I don’t know, I keep saying it, but, I don’t want to start jumping up and down on the couch.”

West was of course referring to the now-famous Tom Cruise interview on Oprah, when the actor first got together with Katie Holmes (and we all know how that relationship turned out).

But for West, the beginning of the relationship with Kardashian happened at a time when he was struggling, and it came at the right time for him.

The “Black Skinhead” rapper also reportedly showed off a photo of his and Kardashian’s new baby North during the show, according to E! News. The new family has only been seen in public a few times since North was born.

After appearing on Kris, Kanye West will next be performing at the MTV Video Music Awards on Sunday. You can watch West’s full interview on Kris on Friday, Aug. 23.