Banshee‘s albino is all set to visit Westeros on the upcoming fourth season of Game of Thrones. But who will he play? 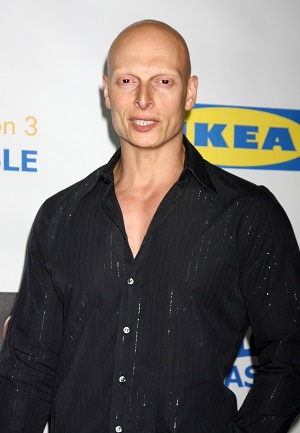 A new face is coming to Game of Thrones for 2014’s Season 4. It’s been announced that Great Britain’s Joseph Gatt will be appearing on the show next season. While the network remains mum on just who Gatt will be playing, we have our suspicions.

As you probably already know, Game of Thrones is based on George R.R. Martin’s series A Song of Ice and Fire. The upcoming Season 4 will primarily focus on the happenings in the third book of the series, A Storm of Swords. In the book, the leader of the wildlings is a hairless and massive, muscular man by the name of Styr, Magnar of Thenn. Have you taken a good look at Gatt? He fits the part to a T.

In the book, Styr leads the wildlings in an assault on Castle Black, where the Night’s Watch lives on The Wall. Any GoT scenes that happen “beyond the Wall” are shot in Iceland. That means the below Tweet from Iceland pretty much confirms his new role, right?

Have concerns for GoT Season 4? We bet we have answers >>

Gatt isn’t even the only new name added to the cast. Graceland‘s Pedro Pascal is lined up to play another one of the Lannister’s archenemies, Oberyn Martell/The Red Viper. Meanwhile, Margaery and Loras’ father Mace Tyrell will be played by Roger Ashton-Griffiths.

It seems like only yesterday that Game of Thrones‘ Season 3 ended. Now we can’t wait for it to return for Season 4.