Workers at Jennifer Lopez’s home discover a man living in the pool house for a week without anybody knowing about it. 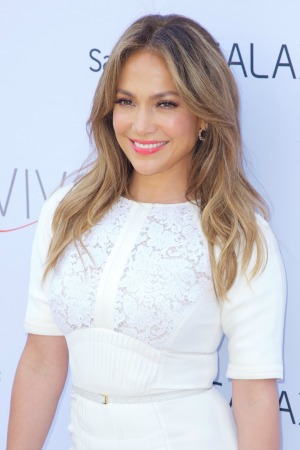 Boy, the stalkers are making their way around Hollywood these days. Just last week some creeper broke into Famke Janssen’s house and left a spooky book on her nightstand.

Now it’s Jennifer Lopez’s turn to deal with a creepy person sneaking around her home. E! News reports that a 49-year-old man named John M. Dubis was discovered on JLo’s property by some workers earlier this month. He was found in the pool house and it was soon discovered that he’d been there for about a week without anyone realizing it — including JLo. Luckily the pop singer wasn’t home at the time of the alleged intrusion, but it’s doubtful that made her feel much better.

The police were called and Dubis was subsequently arrested and charged with felonies for burglary and criminal contempt, plus misdemeanors for stalking and possession of burglary tools. Dubis was brought before the magistrate of the Southampton Town Court to face the charges and pleaded not guilty.

Dubis is still in the Suffolk County Jail, either unable or unwilling to come up with the $100,000 bail needed to get him out. He has been ordered to undergo an exam to see if he’s fit to take part in further court proceedings about the criminal charges.

It appears as though this isn’t the first time that JLo has had a run-in with Dubis. She already had an order of protection from the man when the alleged break-in took place.

In addition to the order of protection from Dubis, Lopez also had a “privacy guaranteed” promise on the property, which she just bought in May for a reported $10 million.