It looks like 2 different departments are looking into Lisa Robin Kelly’s death due to some suspicious facts in the case. What could have caused the death of such a young woman? 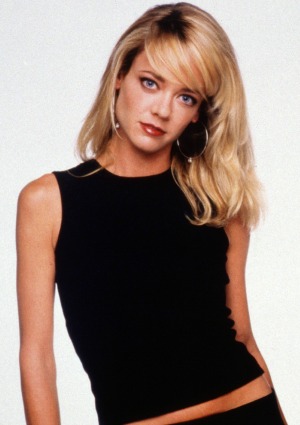 That ‘70s Show’s Lisa Robin Kelly’s death at the age of 43 came as a shock to many, and it looks like it was even less expected than originally thought. TMZ is reporting that both the Los Angeles Coroner and Los Angeles Sheriff are separately investigating the case.

Kelly died on the morning of Aug. 15, days after checking herself in to a California rehab center. According to the doctor at the rehab facility, she died in her sleep from an embolism.

The suspicion of the authorities reportedly came from how Kelly’s death was reported. A doctor at the facility declared her dead at 8:07 a.m., but the coroner didn’t know about the death until noon. Even then, the office heard about it only by seeing it on the news!

Kelly’s autopsy results have not yet been completed or released, but the doctor at the facility had told the coroner about the embolism diagnosis. The coroner said an embolism could only be diagnosed through an autopsy, which that doctor had, of course, not done.

Kelly’s death seemed to line up with her history of drug and alcohol abuse, but she was in rehab because she was trying to get clean and change her life. TMZ says she was taking detox medication, but until autopsy results are completed, it will be unclear whether that had anything to do with her death.

The sheriff’s office has also issued a “security hold” on the case, so no further information is going to be released until the investigation is complete.

Lisa Robin Kelly is probably best known as Laurie Forman on That ‘70s Show, a part she played from 1998 to 2003. She had recently been struggling after going through a divorce from her husband after only nine months of marriage.