Joss Whedon’s already written the next chapter in The Avengers‘ story. The group of heroes will battle an evil robot called Ultron. The director recently explained the methodology behind their new foe. 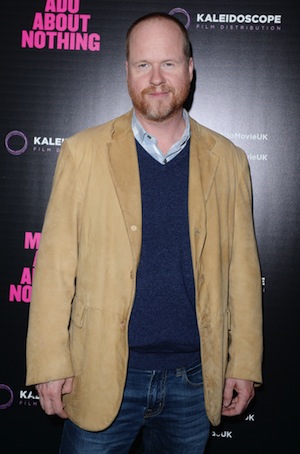 The Avengers have their work cut out for them. After defeating Loki and his intergalactic forces, they’ll face a new villain in The Avengers: Age of Ultron. What or who is Ultron exactly? It’s a character ripped from the comic books that writer-director Joss Whedon will place in the Avengers’ path.

Long story short, Ultron is a robot that becomes self-aware. It develops a lust for power, control and chaos. The super-villain has taken on many forms since its debut in 1968. It’s a force to be reckoned with thanks to its artificial intelligence, speed, ability to fly and control minds.

With such a powerful being, Whedon tries his best to make him relatable. In an interview with Entertainment Weekly, he says, “I knew right away what I wanted to do with him. He’s always trying to destroy the Avengers.”

In the comics, Ultron’s personality is pretty one-note. Whedon had to add some dimension. “He’s not a happy guy, which means he’s an interesting guy. He’s got pain,” he explains. “And the way that manifests is not going to be standard robot stuff. So we’ll take away some of those powers because at some point everybody becomes magic, and I already have someone [a new character, Scarlet Witch] who’s a witch.”

Grounding the character is the key to its success. As Whedon said, he’ll already have to explain the presence of Scarlet Witch and Quicksilver. They’re two characters that originated in the X-Men universe, but eventually join the Avengers team. Unlike the other heroes, their powers are mutant-based, not derived from science. That’s a whole other conversation.