Anna Kendrick gives us the definitive answer on who should pay for a date. 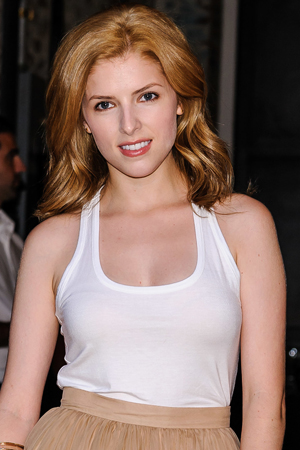 First dates are filled with so many questions: Should you meet him at the restaurant or let him pick you up? Should you give him a goodbye kiss at the end of the night?

And, of course, the biggest question of all: Who pays the bill? It’s all so confusing.

Actress Anna Kendrick has the definitive answer… and we tend to listen to everything she says because, well, she’s awesome.

“Paying on a first date is a tricky thing because even though it’s meaningless, if a guy doesn’t, or doesn’t offer, it suggests poor judgment more than anything else,” Kendrick tells GQ in a new interview.

We have to agree. It depends on the situation, but our view is if it’s a date, he pays. Many guys seem to agree on this with one caveat: We should at least make an effort to pony up the cash for the bill.

“If she reaches her hand into her purse, [she gets] bonus points,” single guy John Sinclair told SheKnows. “If she just assumes and lets me pay without saying anything, [she gets] negative points. And if she doesn’t say thank-you at all, there will be no second date.”

His willingness — or unwillingness — to break out the credit card for a meal can tell you a lot about his personality and dating style, according to relationship expert April Masini.

“If he insists on splitting the bill, you can expect more of the same and less generosity than you might be looking for in a relationship,” Masini told SheKnows. “Or if he’s someone who’s toting a Groupon and a Living Social coupon and whips them both out at happy hour where your date is virtually free, he may be someone who’s always looking to cut corners.”

It can also help you tell if he’s into you.

“After a guy adds up the price of dinner, the movie, the grooming expenses, the gas and the car maintenance he has to pay for to make sure he can pick you up — it’s expensive to date,” Masini added. “So if a guy is paying for that first date, it means he’s invested in the process. He wants to spend the money because he’s looking for a real relationship.”

Should the guy always pay for a date, or should you split the bill? Sound off below!

25 Ways to date smarter now
Dating questions answered: How do I know if he likes me?
5 Signs that will mislead you to thinking he’s a bad guy