Dr. Phil is under fire for a tweet that appeared to make a joke out of date rape, but he says it’s all a crazy misunderstanding. 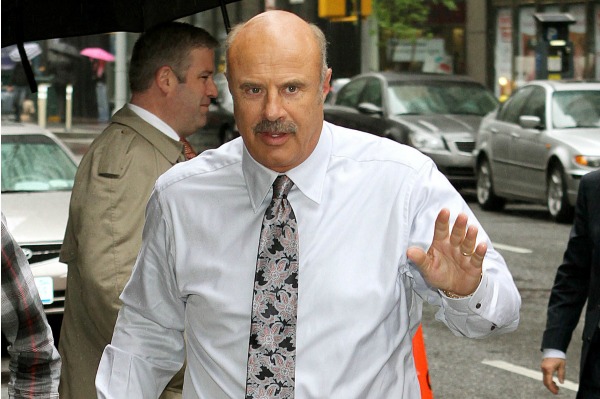 Dr. Phil is no stranger to controversy, and his latest incident is no different. The talk-show host is under fire for a tweet that some say minimalized the plight of rape victims into a joke.

The tweet, which has since been deleted, read, “If a girl is drunk, is it OK to have sex with her? Reply yes or no to @drphil #teensaccused”

Reactions to the tweet ranged from jokes to outrage, while some defended the TV doc.

A spokesperson for the Dr. Phil Show issued a statement denying they weren’t taking the issue seriously, saying, “This tweet was intended to evoke discussion leading into a very serious show topic. It was not intended to be taken lightly. It’s based upon a recent news story, hence the #teensaccused label.”

Grody! Dr. Phil helped give himself a vasectomy >>

The spokesperson later added, “This tweet was intended to evoke discussion leading into a very serious show topic based upon a recent news story, hence the #teensaccused label. It was a poll question, not a statement or a joke. As he has maintained over many years, Dr. Phil believes that the position of those incapacitated in any fashion; be it drugs, alcohol, age or mental illness can not and do not have the capacity to give their consent to anything, especially sex, which could have life changing repercussions. This was a research post in preparation for a show, not a personal post and Dr. Phil deleted it the second he saw it. It was clearly ill-advised. We sincerely apologize that it suggested anything other than what was intended, data gathering. As you can imagine, Dr. Phil is very upset that this happened.”