Is blood really thicker than water? Survivor has plans to help us find out. 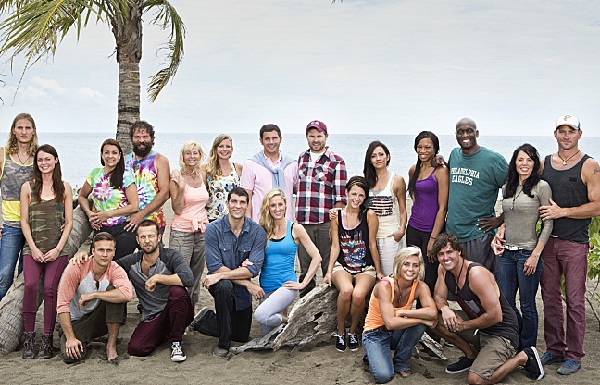 That famous line about blood being thicker than water? Survivor is putting it to the test.

This season on Survivor, the show has recruited 10 prior contestants, along with 10 of their loved ones. While they might start out playing alongside each other, how long will it take until they’re pitted against their family member?

To be truthful, not all of the loved ones are related by blood. Take, for example, Tyson Apostol, who played in Tocantins and Heroes vs. Villains. Instead of a family member, Tyson’s girlfriend is hopping onto the island with him. Will their experience together solidify their relationship or will they leave the island as two newly single individuals? 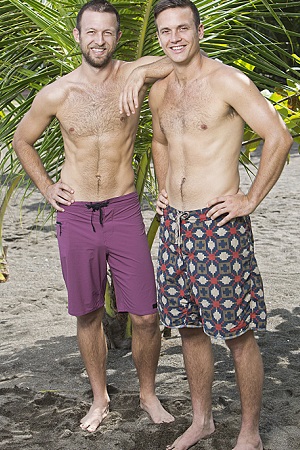 Even the ones who share DNA aren’t all looking to get along. The Baskauskas brothers (Aras, Panama winner, and Vytas) have signed up for different reasons. Aras wants to bond but Vytas told the Hollywood Reporter that at the end of the day “there can only be one sole survivor… Whether I win the game or not, I desperately want to beat my brother.” Harsh!

The Baskauskases aren’t the only highly competitive family members set to live on Survivor Island. Samoa‘s Laura Morett is back and she’s bringing her 24-year-old daughter, Ciera, with her. While Morett just wants to share the experience with Ciera, her daughter has rather snotty ulterior motives.

“I want to beat my mom. I love her, but you have to have tough skin in my family, and my mom needs to be shown the real Survivor in our family,” she said. Wow! That’s some tough love.

These people make it sounds like blood and water both run pretty thin. Perhaps little gold bands are the thickest.

Monica Culpepper is also returning and she’s bringing her retired NFL player husband, Brad, with her. Monica has serious beef with Colton (who will also be there with his fiancé, Caleb), who blindsided her during Survivor: One World. Her hubby Brad (now an attorney) says that he is only on Survivor to help her redeem herself.

“Monica means more to me than anyone in this world,” Brad told the Hollywood Reporter. “While this is a once-in-a-lifetime opportunity, I will always place her before me as I would never want to jeopardize her Survivor flame.”

Aw! We think we know who we’ll be rooting for!

For all the latest television deets, make sure to sign up for our newsletter >>

Meet all the Survivor contestants and decide for yourself on the 90-minute premiere of Survivor: Blood vs. Water on Sept. 18.