Scientology counts many famous faces as members, but two superstars — Brad Pitt and Bono — managed to slip through their fingers. 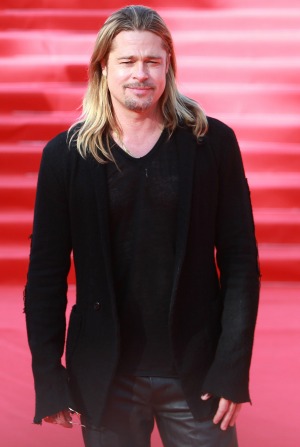 A Scientology insider claims church leaders tried to recruit Bono and Brad Pitt into the controversial religion, hoping to use their celebrity to further their cause.

Jenna Miscavige Hill, the niece of Scientology head David Miscavige and a former member of the Sea Org who broke free after 21 years of membership, described the church’s tactics in an interview with RadarOnline.

4 Stars who flirted with Scientology >>

“There’s a celebrity strategy and they’re targeted for their influence, not their money,” she explained. “They know people are obsessed with celebrities so will get more interested in Scientology.”

“I think that celebrities are more inclined to be egocentric and Scientology caters for that — you’re your own God. They’re probably being told that all the time.”

“But they’re probably insecure, so the self-help of Scientology lends itself to that. And Scientology is meant to save people and the world, so the charitable thing appeals to a celebrity. If you’re egocentric, not always confident or insecure because of being in public eye and want to be charitable, Scientology pushes your buttons.”

“That’s why someone like Bono would fit the bill perfectly as so many people know him,” Miscavige Hill said.

“I know he was receiving Scientology auditing and was at one of the Celebrity Centre Galas. Why would he need auditing? Scientology markets itself to everyone, it can deal with everything from marital problems to public speaking. He’s a human, so he still needs those things. If he were to join, all the world would be Scientology!”

Miscavige Hill also revealed that Brad Pitt was targeted for membership in the controversial religion when he was dating Juliette Lewis, herself a devoted Scientologist.

“I remember my mum working on renovations for the Celebrity Centre in Los Angeles and she saw Brad Pitt there,” she recalled.

“I was in love with him at the time. He was in there to do the Purification Rundown. It’s like the first step. I guess he was doing it because of his girlfriend Juliette Lewis. I know Juliette was into drugs and says Scientology saved her from them.”

A church spokesperson denied all of Miscavige Hill’s claims.

“At no time was Mrs. Hill ever privy to any ‘priorities’ or ‘strategies,'” the rep said.

“As a result, she is in no position to comment and any claims to the contrary must be viewed with skepticism. Our priorities are and always have been the establishment and expansion of the Scientology religion. In furtherance of this is the establishment of 37 new Scientology churches in major metropolitan areas and cultural centers around the world in just the past few years.”

This isn’t the first time Miscavige Hill has spoken out about Scientology. In addition to her memoir Beyond Belief: My Secret Life Inside Scientology and My Harrowing Escape, the former member threw her support behind Leah Remini when the actress fled the religion.