Lance Bass is tearin’ up our hearts by refusing to confirm or deny the rumored *NSYNC reunion at the VMAs this weekend. 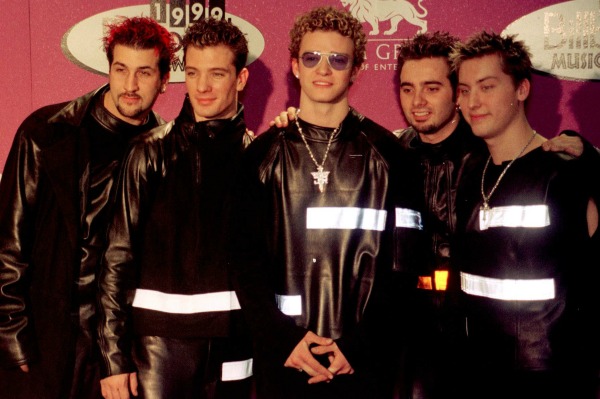 You could drive yourself crazy trying to figure out if the *NSYNC reunion is actually happening at the VMAs on Sunday, and Lance Bass isn’t helping matters any.

The singer talked about the reunion rumors on his radio show Dirty Pop with Lance Bass, but stopped short of confirming or denying if it’s really going to happen — meaning there’s still a chance!

“I have to address the rumors… this morning I woke up to a lot of rumors flying that the *NSYNC reunion is happening after eleven years at the VMAs this Sunday,” Bass said. “Well, let me tell you how this all came about. Justin Timberlake is getting the Michael Jackson [Video] Vanguard Award this Sunday at the awards, so of course people are automatically going to think we’re going to be there performing, but this is exactly how it happened and I knew these rumors were going to fly.

“We all came down here [to Miami] except for J.C. [Chasez] — J.C. stayed in California, he had to work… Joey [Fatone], Chris [Kirkpatrick] and myself went to go see Justin’s last show with Jay Z at the [Sun Life] Stadium last Friday, and I even took a picture of it, it’s on my Instagram…”

“[It was] really fun and… I think that’s what started the rumor that there’s going to be this big reunion with *NSYNC,” he continued. “It’s amazing to see the reaction out there on Twitter and social media… [and] how many people are supporting *NSYNC. It’s so nice to see because when we ended things ten years ago, there was no social media, there was no Twitter, but it’s so cute to see how many people are supporting and *NSYNC was even trending.”

What actually started the rumor was that an MTV intern tweeted a confirmation that it was happening, then quickly deleted it. But the concert appearance didn’t hurt.

Bass even threw a shout-out to the Twitter users who made the band trend again on his own feed.

So don’t say bye, bye, bye to your hopes yet. Remember, when Destiny’s Child was rumored to be reuniting at the Super Bowl last year Michelle Williams flat out denied it — yet it still happened.