Marriage has sucked True Blood actress Rutina Wesley dry, and the star has recently filed for divorce from her actor husband Jacob Fishel. 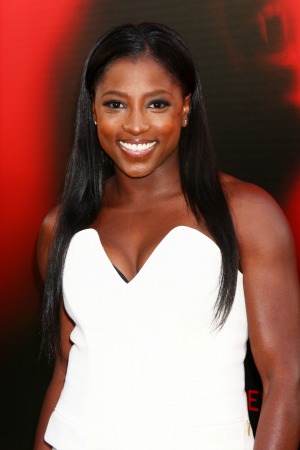 Rutina Wesley believes her marriage has sucked her dry and that it is time to call it quits!

The True Blood star filed for divorce from her husband, Jacob Fishel, on Friday, according to papers filed in Los Angeles County Superior Court.

The actress has cited irreconcilable differences as the cause and requested that the judge deny her soon to be ex-husband any spousal support.

Wesley and Fishel have both enjoyed success as actors, but according to TMZ, Wesley has asked the judge to reject any attempts from Fishel to claim spousal support, as she believes he may try to stake a claim to her earnings from her role in the hit TV show True Blood.

The pair wed in June 2005 and after being together for eight years — which is almost an eternity in Hollywood marriage terms — the couple decided to separate on July 22.

While they have no children together, we are sure it is still a very sad time for the actress, who plays Tara Thornton on HBO’s hit series.

The sad news follows what appeared to be a very happy marriage. In 2010, Wesley had gushed about Fishel, who she has known since Juilliard grad school.

Wesley told Essence, “We thought, ‘If we could spend four years together at this crazy school, then we can make it the rest of our lives.’ He’s an amazing actor, cook and husband. I enjoy him immensely.”

Hopefully, the divorce proceedings will conclude amicably, but at least Wesley has True Blood Season 7 to look forward to.