Blue October debuts its new album Sway today, and it’s a doozy. Oddly enough, it barely sounds like the band we once knew. 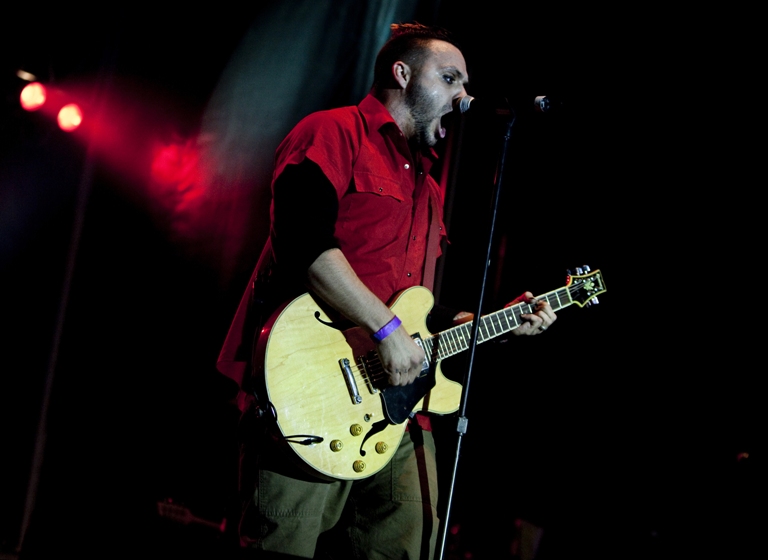 What Adele‘s 21 album was for her heartbreak, you can consider Blue October’s predecessor album, Any Man In America, was for the band’s painful past. Rising up from the ashes, Sway, this phoenix of a seventh studio album, emphasizes their new take on life, and the single “Bleed Out” is one heck of a track to headline with.

Will Lamar Odom’s marriage and its demise ruin his future and become a part of a painful past? >>

Even the title speaks to the vulnerability, but rather than it possessing a predictable and characteristic Blue October degree of lulling depression, it features a fierce explosion of expressive emotion. Justin Furstenfeld of the band chatted with Pollstar and described how before with his previous music, his intention was to show fans his pain. Now that is replaced by his enthusiasm for his music.

Are you excited about music? Sign up for our newsletter to get all the music news you know you want! >>

So even though “Bleed Out” still talks about a dark topic like bleeding out at the hands of someone you care for, and how deeply they can get to you, it stands out because it’s sung with such passionate fervor. It’s a musical eargasm that even non-alternative music lovers can appreciate.

The band hits the road to start its tour on Sept. 4, so for all you fans, get your tickets now! C.B. Hudson, the band’s former guitarist, is also set to reunite with them for these concerts, according to AntiMusic. It would definitely be an experience to see Furstenfeld refreshed and renewed with a positive take on life, post the divorce and custody battle that made him so downtrodden in his previous musical compilations. His battle with drugs and alcohol and subsequent stint in rehab has made this musician wiser, and his music richer.

Someone from True Blood fame is headed for divorce >>

Turn your speakers up, and let the single impress you as much as it impressed me. Have you heard any more tracks off the album? What are your thoughts? Drop a comment below!