Kelly Clarkson went from being single to having a full family in a very short amount of time. But the singer is enjoying every minute of it. 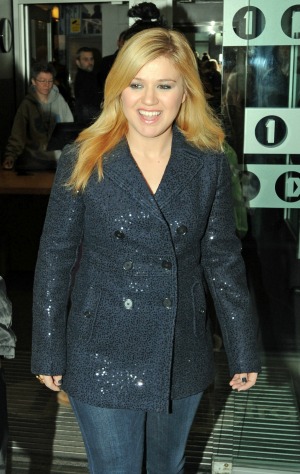 Kelly Clarkson found the love of her life, and is busy planning a wedding. But in the process, she has gained a whole new family.

It looks like the singer wouldn’t have it any other way.

?”I have a 12-year-old and a 6-year-old now,” Clarkson told Ryan Seacrest on Tuesday, “after being single for six years.”

Although the wedding isn’t due for months, Clarkson and her fiancé, Brandon Blackstock, decided to become a family as soon as possible.

“We all live together and everything,” she said, according to People. “It’s so different, but it’s perfect. They’re awesome, and I actually really dig the mom thing.”

The American Idol winner is enjoying stepmotherhood, but that doesn’t mean she is a pushover, and is reminding herself of a mom she knows well.

?”I’m quick to go, ‘I told you not to touch that!'” Clarkson told Seacrest. “We all work really well together, but I’m totally my mom. My mom was a hard mom. I’m probably that mom.”

The feeling between Clarkson and her soon-to-be stepkids appears to be mutual.

Blackstock and Clarkson are still very much in love, and working on their day-to-day life together, saying their relationship is “not a try-hard situation.”

The couple plans to marry in October at home in Nashville, but Clarkson said she is too busy these days to be a bridezilla.

?”I’m so over it. It’s so overwhelming,” she admitted to Seacrest. “We’re just doing a lot: touring and the wedding and the Christmas album, so I’m over the wedding part.”?

Clarkson and Blackstock are planning an “earthy” wedding, and will have a very famous friend officiating.

The singer is out on her North American tour, which wraps up Oct. 6 at the Hollywood Bowl in Los Angeles. Her Christmas album is due out Oct. 29.