Lauren Silverman’s pregnancy came as quite a shock, but Simon Cowell is embracing the fact he is about to be a father, and may actually be excited about the baby. 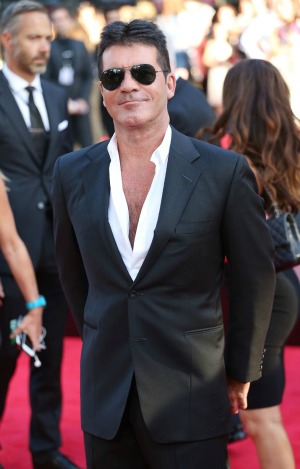 Becoming a father came as a surprise for Simon Cowell, but it looks like the music mogul is embracing his newfound role. Cowell spoke with the BBC about fathering a child with his friend’s wife, Lauren Silverman, and becoming a father.

Cowell added that he thinks Silverman is, “a very special girl.” He has been in serious relationships before, but admits he never put much time into starting a family.

“It’s something I hadn’t thought of before, but now I know I feel good about it,” he explained. “Things are changing in my life right now for the better.”

It was only four years ago that The X Factor judge told People he did not want to have children, and wouldn’t consider it.

“God, no, I couldn’t have children,” he said in 2009. “If I had them here drawing on the walls I’d go nuts. You’ve got to be up at a certain time. Got to listen when all you want to do is sit in a corner thinking.”

But Cowell changed his mind as early as last year when he told the same magazine, “I do really, really like kids, because I can talk to them and listen to them. The problem has always been how much time you need to devote to bringing up kids and I’ve always dedicated all my life to work, and at 52, I’ve probably missed the opportunity.”

Simon Cowell caught in the act with baby mama by ex >>

Cowell was speaking to the BBC during the premiere of One Direction‘s new documentary, This Is Us. The band is the latest of his many music triumphs.

Silverman’s divorce has been settled, but Cowell hasn’t said whether the two plan to be a couple.

“There [are] a lot of things I will eventually clear up when the time is right,” he told the BBC, “but I really have to be sensitive because there’s a lot of people’s feelings involved here.”