He may be a new dad, but he certainly wasn’t looking for a new job. Reports are circulating that Kanye West turned down a spot as a judge on American Idol. 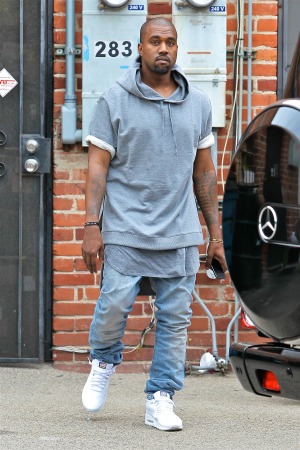 The new producers of American Idol are working hard to revamp the show for Season 13. While they’ve secured the return of Keith Urban and, reportedly, Jennifer Lopez, they tried to get a heavy contender for that third spot.

Some of the names that were bandied about included will.i.am and Sean “Diddy” Combs. However, the most interesting name on the list turned them down: Kanye West.

According to Us Weekly, the musician was offered the third seat on the judges’ panel, but he decided against it.

While other stars have found a comfortable place on TV competition shows, West thought it might hurt his reputation. However, stars like Lopez, Usher and CeeLo Green have only seen positive results from their time on talent shows like AI and The Voice.

With West out, the Idol producers have moved on. It seems that their new top choice isn’t a familiar name to many fans: Dr. Luke. He’s a well-known songwriter and record producer who brings his experience working with Katy Perry, Britney Spears and Ke$ha to the table.

If Dr. Luke is hired, he’ll make a solid replacement for Randy Jackson who understands the elements of creating a pop star.

So far, FOX hasn’t commented on the ongoing rumors, but the network will want to solidify their judges soon before the nationwide auditions begin this fall.