No one is more excited about their upcoming bundle of joy than Josh Duhamel. He talks about his upcoming plans with his growing family 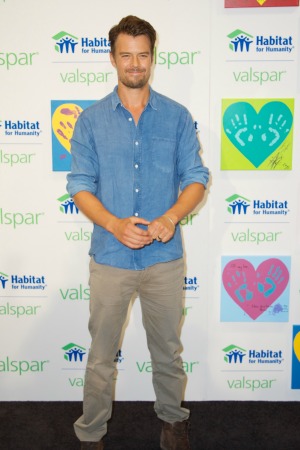 The next Hollywood baby watch is upon us with Josh Duhamel and Fergie eagerly awaiting the birth of their first child, a son. Before their new bundle of joy arrives, the dad-to-be had to finish up his press duties for his new film Scenic Route.

At a press conference in Beverly Hills last Thursday, the actor talked about the impending arrival.

Duhamel revealed, “There is a lot of anticipation going on at the Duhamel household right now. It’s pretty exciting.”

The most important thing for the 40-year-old star is that his wife is comfortable. He chatted about how she was feeling at this late stage of pregnancy.

He shared with the reporters, “I’m mostly impressed with how gracefully… I mean she’s just been awesome throughout this whole thing. She’s taken really good care of herself, she’s happy, she’s in great spirits, she looks beautiful and I’m just really proud of her more than anything.”

Of course, there’s also the anticipation of meeting their new son.

“I’m really excited to meet this little dude. I can’t wait,” he said.

Fergie and Josh Duhamel go all out for their baby shower >>

After the baby is born, Duhamel is going to take some family time to be with Fergie and the baby. Fans shouldn’t expect him to be idle for long, though.

The Safe Haven actor added, “I’ve got a bunch of projects that are in development that we’re producing with my company, which I’m really excited about. So it’s going to give me some time to be home for that.”

Now that Fergie has changed her name, the Duhamel family just has to reveal their son’s name. However, Duhamel kept that one item under wraps.