Kelly Clarkson is about to add two more jobs to her impressive résumé: wife and stepmom. We’ve rounded up a few tips on how she — and other brides to be who are in the same situation — can deal with the changes. 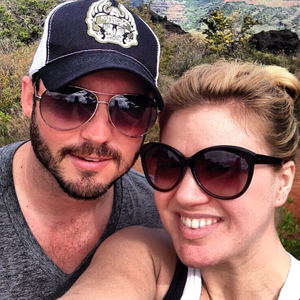 Kelly Clarkson has an incredibly successful career, but there’s one thing she never thought she’d do: get married!

“I never really thought I’d get married, so it’s kind of cool that I fell in love and I’m getting married,” the 31-year-old told People earlier this year.

The singer will marry Reba McEntire’s stepson, Brandon Blackstock, later this fall. The Nashville music manager will bring a couple of adorable accessories to the marriage, too: his two children from a previous relationship.

And how does Clarkson feel about it? She’s thrilled!

“I have a 12-year-old and a 6-year-old now… after being single for six years,” she told Ryan Seacrest on his radio show Tuesday. “We all live together and everything. It’s so different, but it’s perfect. They’re awesome, and I actually really dig the mom thing.”

Coming into a family — even in the happiest of circumstances — can be a bit daunting for any bride to be. While we know it’s OK to put our marriage before the kids, it’s also insanely scary to jump from the single life to having a ready-made family. We’ve rounded up a few tips from experts to help guide brand-new stepmoms along the way.

We don’t expect this to be an issue for the former American Idol winner. She seems to have her parenting style down.

“I’m quick to go, ‘I told you not to touch that!'” she joked to Seacrest. “We all work really well together, but I’m totally my mom. My mom was a hard mom. I’m probably that mom.”

How do you handle being a new wife and a new stepmom? Sound off below!

Fans pick out a new girlfriend for John Stamos
Wedding planning: Does the groom need to help?
How we’d style Jennifer Aniston’s wedding