Do you want to know who’s earning what in television? TV stars are making big bucks and we’ve got their salaries to prove it. 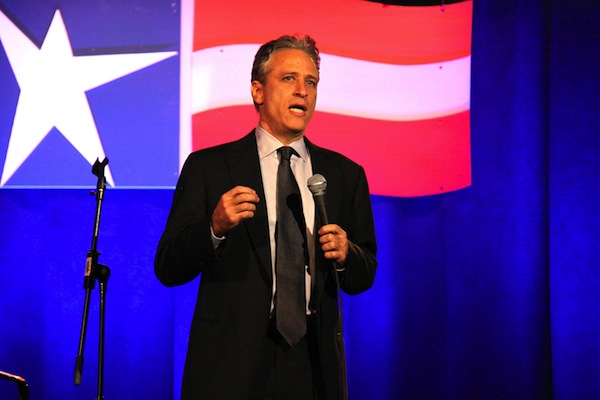 These days, television is where it’s at. It offers variety for viewers, and more interesting roles for actors. Traditionally, the leap from the big to the small screen includes a pay cut, but according to TV Guide, the stars’ pockets are fatter than ever.

The magazine released a list of the highest-earning TV actors and personalities. Each category is broken down as follows: Drama, Comedy, Reality, Late Night, News, Daytime/Syndication. You’d be surprised to know who’s on top the heap.

Jon Stewart, who headlines The Daily Show, reportedly rakes in between $25–30 million per year. We guess it pays to be funny and informative. For drama series, NCIS‘ Mark Harmon leaves everyone in the dust with his $525,000 per episode, plus a percentage of the show’s profits.

On the comedy side, a familiar face reigns supreme — Ashton Kutcher. After taking over for Charlie Sheen on Two and a Half Men, he’s enjoyed the steady pay of $750,000 an episode. Meanwhile, the Reality TV category belongs to Howard Stern, who makes $15 million a year for America’s Got Talent.