Dick Van Dyke was pulled out of his vehicle after it caught on fire on a Los Angeles freeway on Monday. 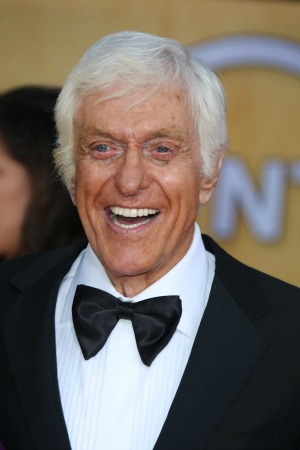 Talk about a close call. Actor Dick Van Dyke was minding his own business and driving on a Los Angeles freeway on Monday when his car suddenly caught on fire. Van Dyke pulled over to the side of the road and started to call 911 when he found himself being pulled out of the vehicle. It seemed that an off-duty LAPD officer saw the flaming car and assumed that Van Dyke had passed out, so he pulled the actor to safety.

In a video posted on TMZ.com, Van Dyke laughed about the incident. “He though I passed out, so he yanked me [out]. Very exciting!”

Unfortunately Van Dyke didn’t get a chance to thank the good Samaritan who helped him out. “He was gone before I had a chance to call him down.”

The actor said he had no idea that the problem with his car was all that serious when he first started having trouble with it. “It just started making a noise,” Van Dyke said.

“I thought I had a flat at first. Then it started smoking and then it burned to a crisp,” he said with another laugh.

If your car is going to catch on fire, it’s nice to have people around who can help. Van Dyke said he was very lucky the incident happened when and where it did. “There was a fireman and a nurse and a cop just happened to be passing by. Somebody is looking out for me.”

Through the whole ordeal, the actor kept his sense of humor. “I have a nice used car for sale,” he said with another one of his trademark laughs.

Van Dyke even posted a fun tweet after the incident: