The Westboro Baptist Church decided a Ke$ha concert would be a good venue to spread their cause, and she decided they would be an easy target to teach a lesson. 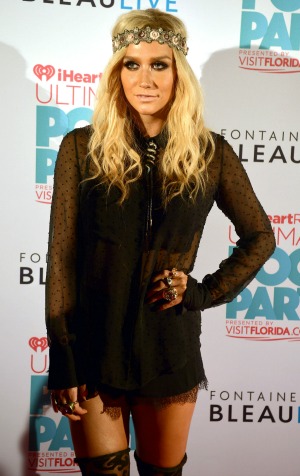 The Westboro Baptist Church learned an important lesson this week: not to think you’re smarter than someone who has an IQ high enough to be a member of Mensa.

Pop star Ke$ha one-upped the church members before her performance in Lincoln, Nebraska, where they were protesting Sunday night. The members of the church had changed the words to Ke$ha’s party song “We R Who We R” into their own version, “God Hates Who U R.”

Ke$ha sent members of her dance crew out to dance to the church’s version of the song, according to the Huffington Post.

Ke$ha’s song talks about acceptance and a night out on the town:

“Tonight we’re going hard, just like the world is ours. We’re tearin’ it apart. You know we’re superstars, we are who we are!”

The church members changed the words to the song, and this is just an example:

Three of Ke$ha’s dancers came out in shorts and tank tops and danced to the song while the singers sang the new words. The singing members of the church kept singing awkwardly as they held their anti-Obama and anti-gay signs.

The Flaming Lips and Ke$ha team up for new album >>

The church should have probably known better than to protest at the concert of a singer whose main platform is glitter.

The church is known for attacking celebrities, and Russell Brand is another one who pulled a stunt on the Westboro Baptist Church back in 2012. He interviewed members of the church on his show Brand X, pulled them into a biblical debate, and invited some of his homosexual friends to join in as well.

Ke$ha has yet to comment on the stunt, but it appears the church may have learned not to mess with the singer.