When it comes to literature, there’s before Elmore Leonard and after Elmore Leonard. Unfortunately, the man who helped redefine a genre has died. 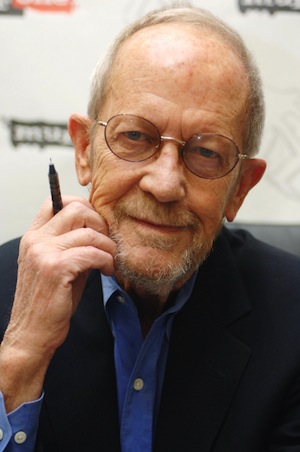 Elmore Leonard was a rare breed. He was an amazing novelist whose works were adapted for both the big and small screens, and he practically reinvented the crime thriller genre.

Tuesday morning, fans got some bad news regarding the author. His longtime researcher Gregg Sutter confirmed that Leonard had died. It was posted over three hours ago on his official Facebook page.

“The post I dreaded to write, and you dreaded to read. Elmore passed away at 7:15 this morning from complications from his stroke. He was at home surrounded by his loving family. More to follow.”

According to the Detroit News, Leonard died at his home in Bloomfield Village, a suburb of Detroit, Michigan. The cause of death is stated as complications from a stroke. Despite being hospitalized earlier this month, Leonard was still working. He was excited about his upcoming 46th novel, Blue Dreams.

His son Peter Leonard said, “He came over three times for dinner the week before the stroke, he was telling me about the story: how he had changed it, how he was going to bring the character Raylan Givens [from the Leonard-derived TV series Justified] into it. We would tell each other what we’d worked on that day. I will miss that, and him.”

Speaking of Justified (based on novels Pronto and Riding the Rap), it’s just one of many TV shows and films that have been adapted from his works. Some of his most notable titles include 3:10 to Yuma, Jackie Brown, Out of Sight, Get Shorty, Killshot and The Big Bounce.

Leonard is survived by five children: Jane, Peter, Chris, Bill and Kate. He also has 13 grandchildren and five great-grandchildren.