Bruno Mars stands to take home a Moonman at the 2013 MTV Video Music Awards for Video of the Year, and we can’t say we aren’t excited. His nominated hit, “Locked Out of Heaven” is one big party. Here’s why it could rock the other nominees!

What can we say about Bruno Mars’ “Locked Out of Heaven” video other than wowza? It’s strange to think of a song with “heaven” in the title as sexual, but the refrain “your sex takes me to paradise” kind of hammers home the song’s overt sexiness. And ladies and gents, there are no ifs, ands or buts about it — this song is a ’70s-tinged tribute to gettin’ all hot and bothered.

Well, there is this butt that merits mentioning…

Suggestive imagery pops up randomly throughout the video, not unlike that eerie scene in Willy Wonka and the Chocolate Factory when they take the boat through a trippy tunnel. You know, minus Gene Wilder.

A deeper look at VMA Video of the Year nominee: “Mirrors” >>

What’s so great about the video, though, is that it doesn’t feel raunchy or in poor taste. It just feels… fun. Why shouldn’t sex be celebrated? Especially when it’s so good it takes you to paradise? But that’s not all that makes “Locked Out of Heaven” fun. Bruno looks like he is lovin’ life, and it is contagious.

A deeper look at VMA Video of the Year nominee: “Blurred Lines” >>

Any way you slice it, this video hits a high note. 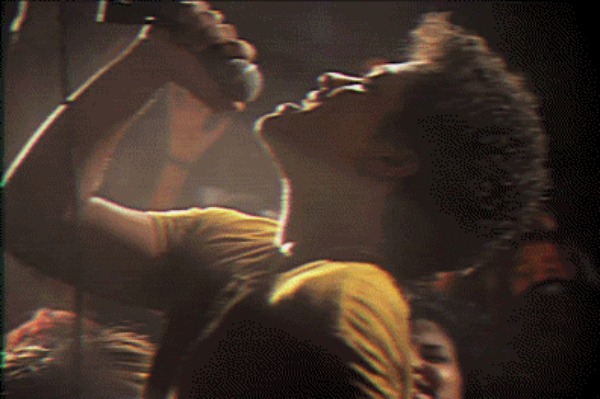