Savi’s looking for company in all the wrong places. She is helpless without Harry who paid the bills, bought the groceries and fixed the house. Instead of looking for some much-needed independence, Savi turns to Dom. 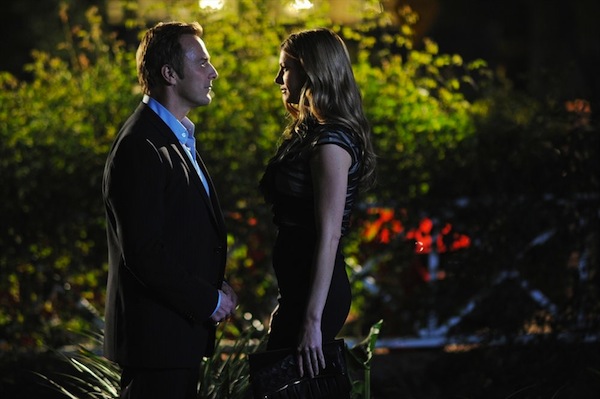 We were surprisingly happy to have Mistresses return. With The Bachelorette over, it’s the perfect supplement for our weekly dose of sexy, scandalous drama. The girls of Mistresses didn’t disappoint. They are looking like some hot messes right now. All except for Joss who, strangely enough, seems to be the only one getting it together with her relationships.

Savi (Alyssa Milano) is trying to figure out all the little kinks without Harry, and it isn’t going so well. Harry did all of the grocery shopping, took care of the mail and fixed up the little problems around the house. Savi doesn’t know how to keep it together without him.

Feeling desperate, she calls him to fix a leaky shower, but he tells her he can’t and that she’s going to have to start figuring out how to do the little things on her own. We think that’s something you should probably figure out before you get married. Be an independent woman!

That night, Dom stops by in the perfect moment of Savi’s vulnerability. She left her purse at the office. He also gives her some tea to help with pregnancy, and she invites him to share a cup.

Their conversations lead to a night on the town and purchasing the illustrious baby crib.

When Savi gets home with Dom, Harry’s at the house. He fixed the shower while she was out and is really not happy to find Dom in his living room. He assumes the worst and leaves smugly before Savi can explain. 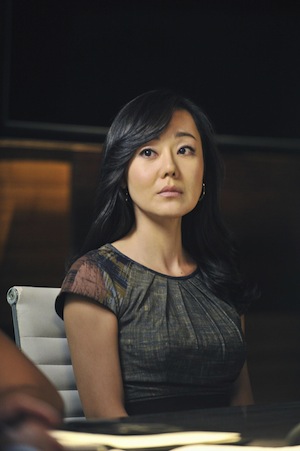 Paul is still watching April and Lucy and won’t leave. April tells Richard that Paul has been watching them at school. Richard thinks it’s time April went to the police, but April doesn’t want to involve Lucy.

Richard takes it upon himself to go to Paul’s hotel room to get him to leave town. Paul tells Richard he’s just the guy keeping his side of the bed warm. Richard responds that he will go to the police if Paul doesn’t leave, then gives Paul money for the bus ticket home. That offends Paul who punches Richard. The men fight.

Richard goes to April’s house and tells her about what happened with Paul. She’s upset and thinks he made the situation worse by involving himself. Richard has a valid point and either wants to be involved with her or not. He can’t just be the shoulder to cry on. She doesn’t have an answer for him, and he leaves.

April goes to Paul’s hotel and shows him pictures of Lucy throughout her life.

Karen is trying to reach Savi whose law firm is basically accusing her of killing Tom, but Savi can’t involve herself in the case. It’s a conflict of interest, which makes Karen upset.

Sam visits Karen. He knows about the lawsuit and apologizes to Karen for Elizabeth’s behavior. He warns her his mother is out for blood. He says when he found out about the affair, things made more sense. He wishes things could have turned out differently but doesn’t hold a grudge against her. In fact, he’s on her side.

An attorney named Natalie shows up at Karen’s office. She says Karen needs to come up with an alibi, but Karen was alone the night Tom died.

Karen thinks Savi sent the lawyer and leaves her an apology message.

Karen gets home and discovers Sam. He’s the one who sent Natalie. Karen invites him inside, and Sam offers to be her alibi when he hears how it went with the lawyer. He says he’ll tell the court he went to see Karen that night because he was upset about his father’s death.

Now that everything’s out in the open between the two of them, Karen doesn’t seem to feel the need to hold back anymore. She sleeps with Sam.

Olivier wants Joss to accompany him for an evening of entertainment with a New York couple moving to Los Angeles. She can’t because she has a date with Alex.

Still, Joss makes the plans for Olivier so he can close the deal with the clients. Olivier suggests Joss is different from when they first met. He says he will miss her company that evening.

That night, Alex bails on Joss because she isn’t feeling well. Joss calls Olivier and makes plans to meet him and the clients, after all.

They take the clients to a sexy show at a club. The clients love it and want to see houses the next day. Olivier gives Joss the job and congratulates her on her good work. Joss and Olivier take a drive together.

At the end, Olivier offers to continue the night, but she turns him down.