Wiz Khalifa and Amber Rose were married back in July, but wanted to make it official with a wedding. And this time, they did it their own way. 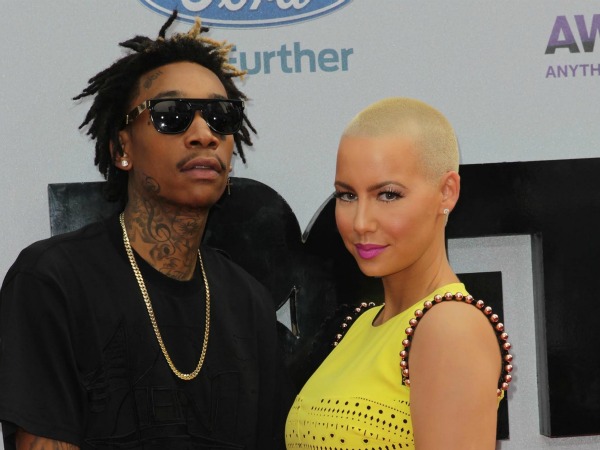 Wiz Khalifa and Amber Rose were married over the weekend, months before they had originally planned. According to MTV, the wedding took place Sunday in Pennsylvania.

Rose posted a video on Instagram on Saturday wearing a white dress, starting the rumor the couple would finally be going through with their wedding.

“Only bad bitches twerk the night before their wedding,” Rose said in the caption to the video.

Juicy J posted a photo of Wiz Khalifa, himself and friend Will Dzombak on Instagram. Khalifa was wearing a tuxedo jacket and smoking something that was probably not a cigarette. The photo was captioned, “Ready for the wedding.”

Although the couple moved their wedding up from fall, they have legally been husband and wife for more than a month. Khalifa and Rose were married July 8 at the Los Angeles courthouse.

The couple announced their relationship back in 2011 and were engaged March 1, 2012. Their whole relationship has been a whirlwind romance.

Rose had dated Kanye West before meeting Khalifa, and it was rumored he had cheated on her with his current girlfriend and baby mama, Kim Kardashian.

It was a year ago, at the 2012 MTV Video Music Awards, that the couple announced they were expecting their first child.

Rose gave birth to the couple’s son, Sebastian “The Bash” Taylor Thomaz back in February.