Justin Bieber won’t listen to his mother, but perhaps he will listen to former teen idol Leif Garrett. The 51-year-old gives advice about life in the limelight. 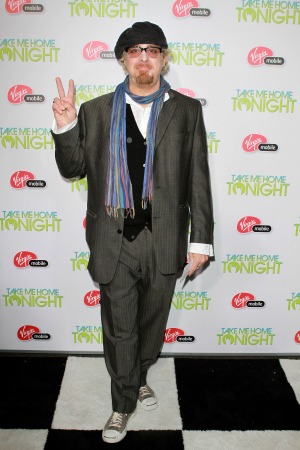 With the troublemaking summer Justin Bieber is having, he might want to take former teen idol Leif Garrett’s advice. Back in the 1970s, no one was bigger than Garrett. He was the cover boy for every teen magazine until drug addiction ruined his promising career.

In an interview with Fox News, the 51-year-old gave some pretty sound advice to the 19-year-old pop star.

Justin Bieber’s naked serenade with nothing but a guitar >>

He said, “Do not believe your own publicity. Sussing out who your real friends are is full-time work. Every scum bag, every drug dealer, every chicken hawk wants a piece of you.”

Bieber is often criticized for his associations with Lil Twist who is often seen wreaking havoc in one of the singer’s expensive vehicles. Many celebs have called out Bieber on his behavior, but he doesn’t seem to be listening.

While Garrett doesn’t think their stories are exactly the same, he does see a few similarities.

The former actor shared, “When you’ve got that sort of power at that young age, and everything at your doorstep, you put out that bad boy image. At that age, testosterone, hormones, all of the money, you see what else you can get away with.”

Bieber is definitely sowing his oats and asserting his independence now that he’s legally an adult, so he’s bound to make some mistakes while in the public eye.

Garrett also talked about his young romance with Nicollette Sheridan, which he compared with Bieber’s on-again, off-again relationship with Selena Gomez. The recovering addict revealed that he had a lot of money at his disposal, so he spent it on the actress.

“The craziest good thing I did was fly Nicollette Sheridan to New Zealand and bought a diamond,” Garrett said. “We were toasting her being there with Champagne. I dropped the diamond into her glass and she almost swallowed the diamond.”

Now that he’s sober, Garrett understands how hard it is to beat his demons and the addiction to fame.

He revealed, “It’s a tough one to beat. It takes your soul. It’s your lover. It’s your food. I looked, like, crappy, but I was doing work just to get money to pay for it. I’ve been lucky. There’s a reason I’m here on this planet. I’m never going to hit “teen idol” again and I don’t want to. I’d rather be behind the scenes.”

Perhaps Justin will heed his advice… or not.