Glee’s Season 5 is chock-full of special guests! The newest name in the lineup: Demi Lovato. 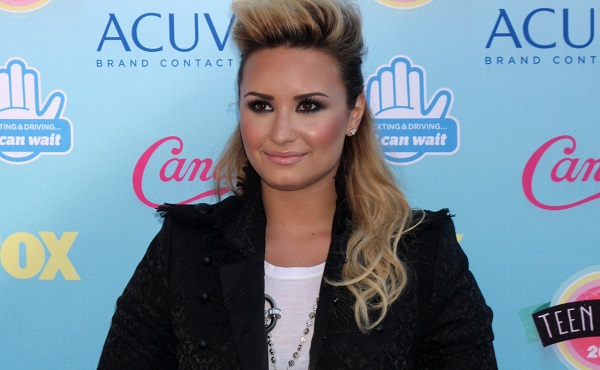 The kids of McKinley High School’s glee club are about to make a new friend. Demi Lovato will be dropping by Ohio to visit the talented team. That’s right: She’ll do a five-show arch on Fox’s hit show, Glee.

What will the 21-year-old’s character be like? According to reports, Lovato will play Dani, a struggling New York artist and friend of Rachel and Santana. Dani play a significant part in the show’s upcoming season. American Idol winner Adam Lambert is also on tap for the upcoming season and rumor has it that Lambert’s character and Dani will be on-screen together quite often. Does that mean we can expect a duet from the two singers? It sounds that way!

Lovato’s a busy girl! She’s not giving up her gig as a judge on The X Factor, which means Glee will work around Lovato’s already busy schedule in order to fit her in. According to TVLine, Lovato will make her Glee debut on Oct. 3, during the part two of the show’s tribute to The Beatles. Hmm… we wonder what song she’ll contribute. She’s been known to rock out to “Hey Jude” with the Jonas Brothers.

Despite the fact that Lovato has been focusing almost entirely on her music career lately, this is hardly her first acting gig. She first came to the attention of kids everywhere when she starred in Disney’s Sonny with a Chance. She also appeared in the Disney Channel exclusive Camp Rock. She didn’t stay a Disney kid for long, though. Lovato also made appearances on Grey’s Anatomy and Prison Break. In other words, Lovato has acting and singing chops, making her the perfect guest for Glee.

More on Glee: How they’ll write out Cory Monteith >>