In town for a music festival, The Calling’s front man Alex Band was abducted, beaten and has just been released from a Michigan hospital. 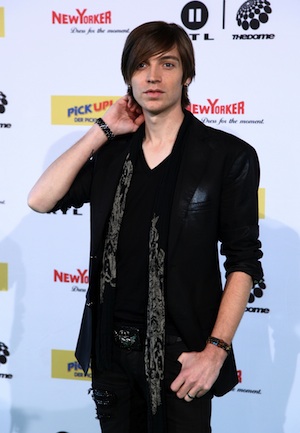 In 2001, The Calling released their hit “Wherever You Will Go,” which was such a huge hit for the band that Billboard named it the No. 1 song of the decade on the Adult Pop Charts.

The band went on hiatus in 2005 but got back together just last week, announcing an upcoming album and a new single to be released next year.

According to TMZ, over the weekend, The Calling was in Lapeer, Michigan for the Lapeer Days Music Festival when lead singer Alex Band left his hotel and walked to a nearby mini-mart .

While Band was walking, two men in a blue minivan pulled up beside him, abducted, beat and robbed him and left him on nearby train tracks.

The band’s manager called 911 and Band was taken to a hospital where he was treated and released.

Alex, we wish you a speedy recovery, are glad you’re OK and can’t wait to hear your new music.