MTV’s Video Music Awards audience shrunk considerably in 2012, so they’re making changes to increase their viewership. What do celebs think of the new move? 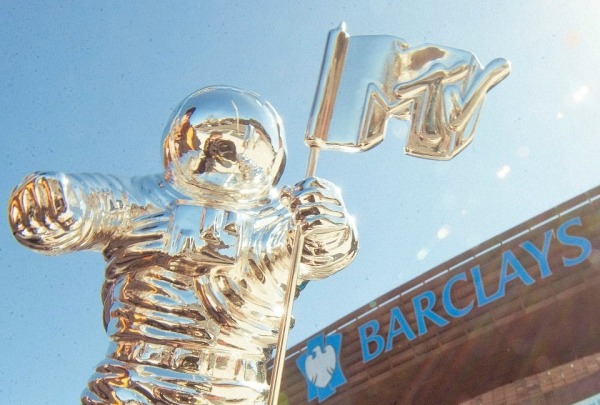 It’s the 30th anniversary of the MTV Video Music Awards, and the network decided to celebrate in a big way. The award show will be following many New York hipsters by moving to Brooklyn. The show has mostly been aired from either Los Angeles or New York City, but was held twice in Miami and once in Las Vegas.

The 2012 Video Music Awards were held at the Staples Center in Los Angeles and had 50 percent fewer viewers than in 2011. The move to the Barclays Center will hopefully be enough to lure those viewers back.

Many celebrities are excited about the move; first and foremost is most likely the Beastie Boys. The group’s song “No Sleep Till Brooklyn” is being used in almost every promo for the show, giving them both royalties and awareness of some of their best music.

Miley Cyrus is one celeb that’s very excited about the move. After it was announced that the 2013 VMAs would be moved to Brooklyn, Cyrus released a video on Instagram and recorded a promo for MTV.

“From a vibrant musical scene for up-and-coming artists to epic concerts by today’s biggest stars and the triumphant return of pro sports to the borough after nearly 60 years, Brooklyn has re-emerged as a cultural capital where music, sports and entertainment history is made every day,” MTV President Stephen Friedman told the Hollywood Reporter.

Two of those up-and-coming artists that will be at the award ceremony are Macklemore and Ryan Lewis, who will be performing their gay rights song “One Love.”

Jay Z has not yet commented on the move, but he’s likely excited. He previously sold his share of the Brooklyn Nets but was a force behind the team’s move from New Jersey to the Barclays Center.

Katy Perry is yet another celeb that’s obviously pretty excited about the move. She recorded a promo for MTV announcing her performance at the 2013 VMAs.

Brooklyn Borough President Marty Markowitz is excited for MTV viewers to share in the rich music history of Brooklyn.

“Now, it is only fitting that the first time Brooklyn will ever host a major awards show, we are welcoming the most exciting and talked about spectacle in the music industry,” Markowitz told MTV. “I’m so thrilled that I’ll probably get ‘no sleep till Brooklyn’ hosts the VMAs!”

Robin Thicke tweeted earlier this month about his excitement over going to Brooklyn for the awards.

The Barclays Center opened less than a year ago and is home to the Brooklyn Nets, previously co-owned by Jay Z. So far this year, musicians Barbra Streisand, Coldplay, The Rolling Stones and Jay Z have all performed there.

“Brooklyn is home to icons like the Cyclone in Coney Island and the Brooklyn Bridge, and now it can lay claim to the MTV Video Music Awards,” New York Mayor Michael Bloomberg told THR. “Bringing the VMAs to Brooklyn will mean hundreds of jobs as crews work on the production and provide a boost to our local economy as attendees stay in hotels, visit local eateries and experience all Brooklyn and our city have to offer.”