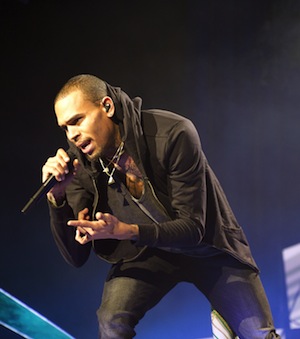 Chris Brown won’t be visiting our friends up North anytime soon. The singer’s upcoming Canadian show dates have been canceled. According to CBC News, Brown was set to headline the Energy Rush festival, but has been officially dropped.

The drastic change was confirmed by the promoter, who released a statement on Monday.

“After ongoing conversation and consultation with this year’s headline act Chris Brown, and in light of the performer’s recent personal and health-related issues, a decision has been made to cancel all four scheduled performances,” said Stephen Tobin, owner of Drop Entertainment Group.

With Brown down and out, they’ve opted to postpone the entire show. It won’t return again until next year. Hopefully then, the people of Halifax, Toronto, Saint John and Winnipeg can get the show they deserve. The concerts were originally scheduled for later this month. Talk about a last-minute shakeup.

To be fair, the Energy Rush festival has caught flak from the very beginning. Many sponsors such as Rogers, Molson Coors Brewing Co., esthetics company Touch of Radiance and the Halifax campus of the Centre for Arts and Technology refused to support the event once they learned Brown was the headliner. Yet Tobin swears their disapproval had nothing to do with them pulling the singer.

Do you think they should have canceled the entire festival?