Lindsay Lohan talks with Oprah Winfrey about her darkest days and how she is starting to feel whole again. 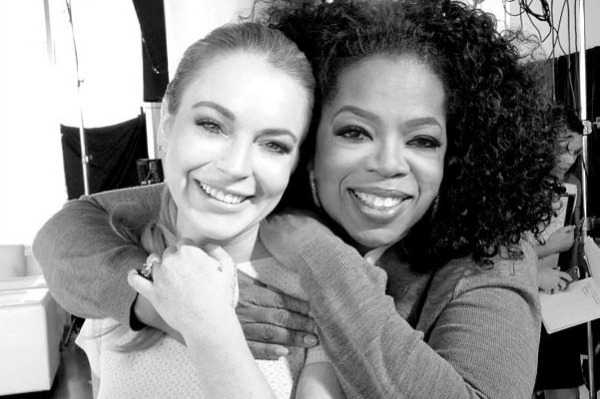 Lindsay Lohan has been on quite the journey recently and decided to sit down with Oprah Winfrey for an in-depth interview about the dark days that are behind her, as well as the bright days ahead.

In one part of the interview, Winfrey showed clips from the courtroom when Lohan was sentenced to serve 90 days in jail. After running the clip, Winfrey asked Lohan how she felt when the verdict came from the judge, and she described it in just one word: “Terrifying.”

Lohan said that she had actually been starting to feel better about life before the court date. She had done some work and even gone to India to film a documentary. “I was starting to find myself in a really good place,” she said, but “when I came back from India it hit me that I still had to go to court.” At the time, Lohan said she felt like “everything was hitting” her at once.

But even with the stress, Lohan said she strangely felt like, deep down, she wanted the sentencing to go the way it did. “Somewhere inside I knew, and kind of wanted, to go to jail. And I think that was subconsciously being put out there by me, by my actions,” Lohan revealed.

When Winfrey asked her why she wanted to go to jail, Lohan said, “I think it was just to find some peace and just have no choice but to just sit and be.”

In another part of the interview, Lohan talked about how she feels today and how things are beginning to look up for her now that she has left rehab.

“I haven’t felt the way I’ve been feeling recently, and feel now, in a very long time. I feel whole again. I have such a desire to want to keep this feeling and stay this way and I’m willing to do whatever it takes.”

Since being released, Lohan has already had a couple of acting jobs, something she says is helping with her recovery process. “I really want to be on set, that feeds me,” she said.

Winfrey praised Lohan for her talents as an actress and asked how she felt about moving forward with her career. “I’ve been blessed and lucky enough to have been given a gift to share with other people,” Lohan said. “I think for so long I have kept that so locked down, just by creating this whirlwind of garbage.”

Lohan added that the whole experience has been “eye-opening” for her and taught her a lot. “To be able to appreciate what I have and share it with other people, but also be mentally in a much better place.”

When Winfrey asked what made her finally decide to change at this point in her life, Lohan said she was just plain tired of all the drama. “I’ve lived so many lives in one lifetime at this point and it’s not interesting to me anymore.”

Overall, it seemed like Lohan felt a lot of relief talking to Winfrey. She even posted a picture of the two of them together on Instagram.

Do you think Lindsay Lohan is starting a new chapter in her life?