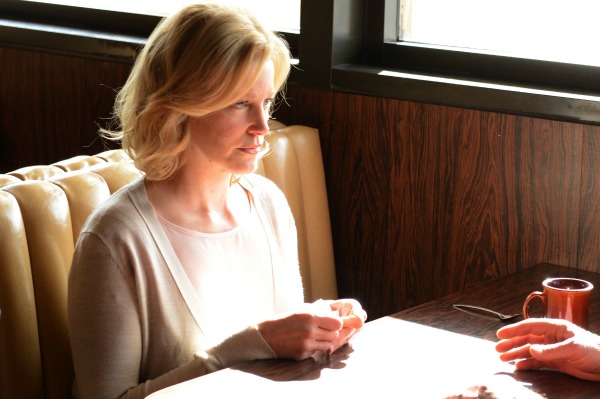 As Breaking Bad grows inexorably closer to the series finale, emotions run higher than ever on the hit AMC series. Last night’s episode, titled “Buried,” featured scenes that were heartbreaking and eye-opening, and some of the actors opened up about last night’s episode.

E! News got some of the most insightful sound bites from the interview with Aaron Paul (Jesse Pinkman) and Anna Gunn (Skyler White).

Some fans probably question Skyler’s seemingly limitless love for Walt, even after the horrible things that he has done, but Gunn said it all boils down to love. “I’ve always felt that there was a deeply buried love that stayed behind the whole thing,” Gunn revealed. “I think that if she hadn’t felt that, my feeling is that she would’ve turned him.”

Gunn also spoke about what had to be the most emotional scene in the entire episode — a scene that featured Skyler and her sister Marie sitting down for a quiet conversation that quickly escalated to an all out tug-of-war over Skyler’s daughter, Holly.

Breaking Bad cast members talk about some of their favorite scenes >>

Skyler’s fight to keep her child

“It was for both Betsy and I really heartbreaking because her motive was extremely strong to get that baby out of there, she believed in that. My motive was obviously very strong to keep my child there,” Gunn said about the scene. “So it’s an awful place for her to be, but obviously that’s her child and she is going to fight like hell to keep her child in her house.”

While Skyler and Walt may still be head over heels in love with each other and ready to do anything to protect their family, Jesse isn’t feeling a whole lot of love right now for Walt. Paul talked about the relationship between Jesse and Walt, but isn’t hopeful that it will ever go back to where it was. “I think it’s pretty damaged,” Paul said. “I don’t think there’s any sort of turning back. He wants to stay as far away from that man as possible.”

Will Jesse and Walt’s relationship ever be the same?

Part of the reason for the hatred could be that Jesse just wanted someone to follow. “You could see from the very beginning, Jesse… when you first meet Jesse he just seems like this kind of lost kid, druggie burnout, but as more layers were revealed he was really just on a constant search of some guidance.”

Regarding the series finale, Gunn said the script blew her away. “When I read that last episode I was astonished, as I was when in the finale of every season. I could not believe how authentically and how truthfully it came together and I felt that it was astonishing that every single character ends the way that they should.”

What did you think of last night’s episode of Breaking Bad?