Kris Humphries may be haunted by his ex-wife Kim Kardashian — the woman he dated after their split now wants to undergo surgery to look just like Kim. 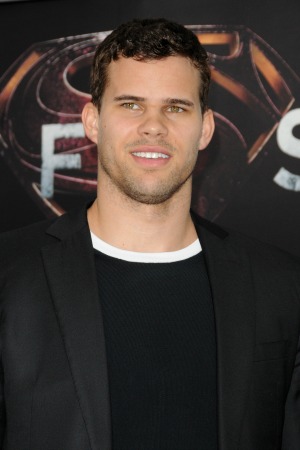 Well, it appears that Humphries is not the only one who loved Kardashian and her body, because his ex-girlfriend is obsessed with the reality TV star.

Humphries’ ex-girlfriend, Myla Sinanaj, is willing to go under the knife to look like Kardashian! Yikes.

Following his split from the Keeping Up With the Kardashians star in October 2011 — after only 72 days of marriage — Humphries dated Sinanaj for a couple of months and she has since admitted to being ”obsessed” with Kardashian’s body.

In fact, they share another similarity, Sinanaj also has a sex tape!

Sinanaj told TMZ that even though she is fed up with being compared to Kardashian, she wants to look more like her, and the aspiring star hopes her new look will launch her career.

Sinanaj revealed, “I’m obsessed with her body and want mine to be exactly the same. I know it will launch my career.”

The procedures that Sinanaj will reportedly undergo next month will include liposuction, lip injections and breast augmentation, and amount to around $30,000.

Despite idolizing Kardashian’s figure, Sinanaj has slammed the reality TV star on Twitter, urging her to leave her alone and stop ”dragging” her into the former couple’s ”drama.”

Sinanaj had also accused Kardashian of getting private investigators to spy on her in July 2012, when Kardashian’s legal team subpoenaed her to talk about her relationship with Humphries, as part of their divorce proceedings.

After a bitter battle, the basketball player and Kardashian reached a divorce settlement in May, just one month before she gave birth to her first child, North West.

Let’s hope for Humphries sake that he can leave Kardashian in his past now and hopefully his future girlfriends will not be aspiring to look like his ex-wife.