Based on the book series by Cassandra Clare, this movie has something gothic for every teen – but that may be the problem. Lily Collins plays the complicated Clary with poise and determination, but gets involved in a possibly-supernatural incestuous love triangle. While the characters and set design are really engaging, the story gets lost in its own underworld. 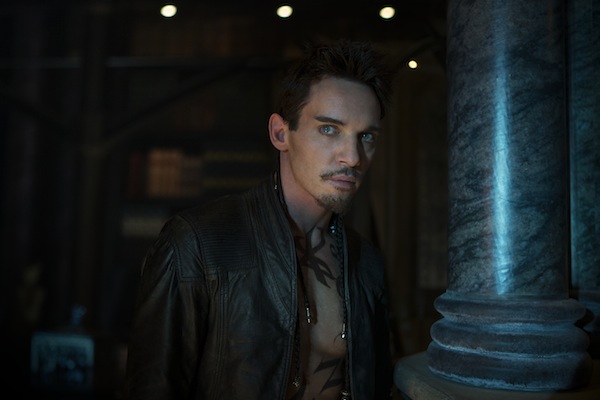 When her mom Jocelyn is attacked and kidnapped by some supernatural thugs, Clary, Simon and Jace go on a mission to “Downworld”, where Clary prepares to go tattoo-to-tattoo with the immortal destroyer, Valentine (The Tudors’ Jonathan Rhys Meyers).

Lily Collins is a very watchable actress and attempts to bring some depth to Clary, but this folkloric tale of demons, warlocks, werewolves and angels in some kind of obligatory ancient battle never quite comes together in a way that satisfies the audience. It’s as if the writers plucked one type of supernatural icon from each genre of young adult fiction, invited them to a party and just fed them drinks until they started to get unruly. 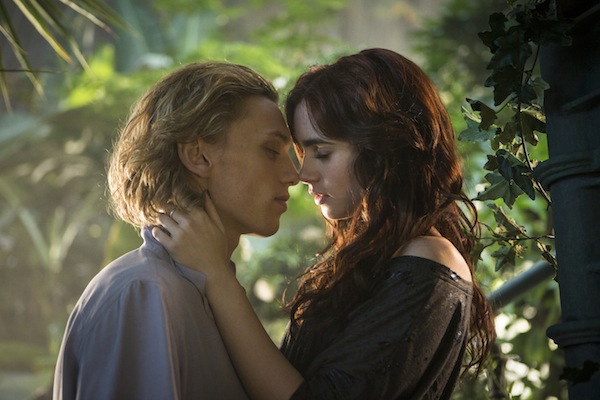 There are some flirty boy-toys, however, making this para-human party worth attending. Hunky Asian-actor Godfrey Gao plays Magnus Bane, a gay warlock styled in Cleopatra-esque eyeliner. 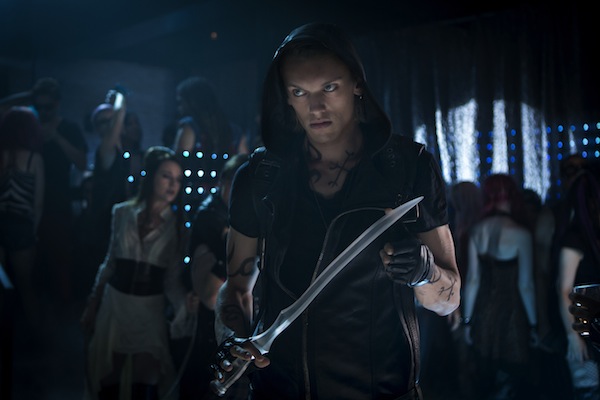 But most delicious of the boy candy is Jonathan Rhys Meyers. No stranger to playing bad boys, Rhys Meyers makes the evil Valentine worth taking a trip to the dark side.

Bottom line: This unwieldy blend of supernatural genres has more style and better performances than The Twilight Saga but a much less-focused plot. No doubt your tweens will love every moment.