MTV’s highly anticipated, live Video Music Awards show will air Sunday, Aug. 25. There are so many fan favorites in the Video of the Year category, it’s anybody’s guess who will win. Including ours. Here we take a stab at who will win this incredibly tight race. 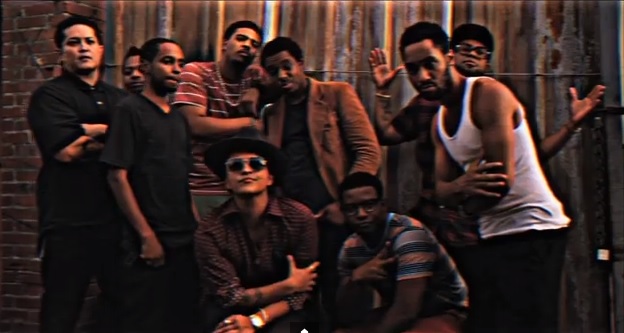 Bruno Mars, “Locked Out of Heaven”

Can almost 183 million viewers be wrong? This video proves that Bruno Mars is music magic and can do no wrong. Still, we have to wonder, was it the song that people loved that made them tune into the video? Because, even though the song is get-out-of-your-seat-and-dance worthy, this video isn’t terribly inspiring. For the most part, it’s a group of guys performing in what appears to be an underground club. There’s no arguing that the song is wildly popular, but does this video have the stuff to win video of the year when the competition is so stiff?

A deeper look at VMA Video of the Year nominee: “Locked out of Heaven” >> 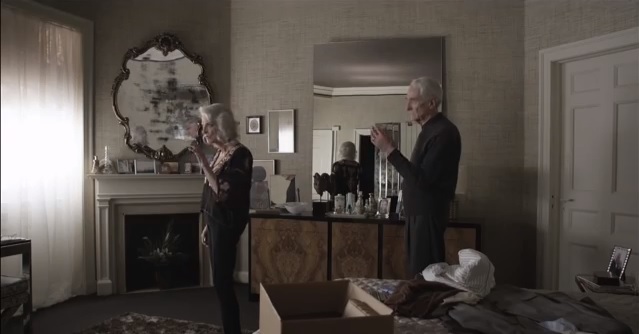 Similarities to “Cry Me River” notwithstanding, “Mirrors” takes us on an 8 minute, 21 second journey of an elderly couple as they reflect on their years together. The old guy might have died. It’s sort of hard to tell. This theme gets abandoned about 2/3 of the way through when the old lady drops her wedding ring into Justin Timberlake‘s hand and he proceeds to bust a few of his trademark moves. This is where Justin lost us for a minute, but hey, the only thing better than one Justin, is several Justins, right? “Mirrors” is an interesting, thought-provoking if not somewhat lengthy-for-a-music-video piece of theater.

A deeper look at VMA Video of the Year nominee: “Mirrors” >> 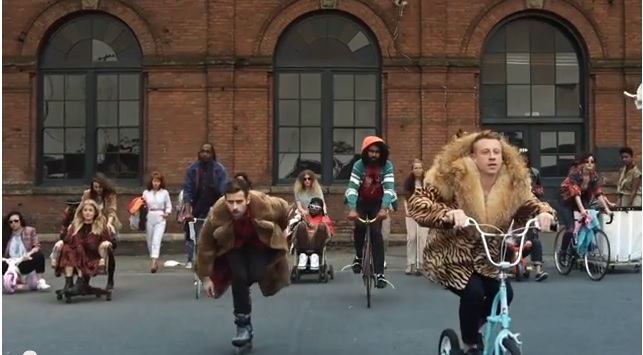 If we used views as a barometer for who’s going to take home the VMA for Video of the Year, this gem is the clear winner with over 400 million views. Wha-wha-wha-wha? You heard us. Macklemore is giving this category a run for its money this year. This video and song (sometimes it’s one or the other) are original, funny and entertaining and for years will be one of those songs that you stop what you’re doing to sing “this is f***ing awesome.” We’re going to stick our necks out and say that Macklemore and friends will be taking home Video of the Year.

A deeper look at VMA Video of the Year nominee: “Thrift Shop” >> 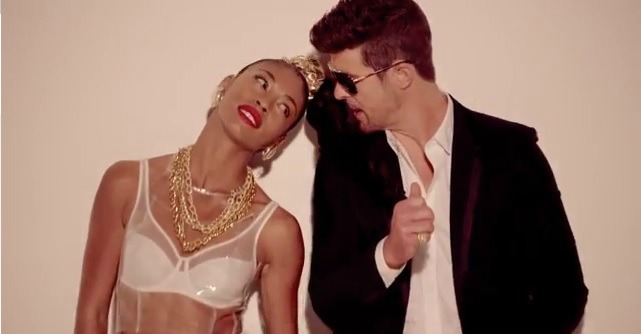 Prior to this summer, if someone had told us about Robin Thicke, we would have said, “Hey, we didn’t know the dad on Growing Pains had a kid.” That has all changed thanks to Thicke’s undeniably popular song and video, “Blurred Lines.” It’s also one of the most controversial tunes of summer, stirring up discussions about the song’s “rapey” overtures and how Thicke comes across as a bit skeevy and lecherous. With close to 138 million views on YouTube, “Blurred Lines” proves there is no such thing as bad publicity.

A deeper look at VMA Video of the Year nominee: “Blurred Lines” >>

Taylor Swift, “I Knew You Were Trouble”

There is no question why this video became a top contender for video of the year. Breaking up is hard to do and when our poster child for heartbreak wakes up in the beginning of this video in what appears to be a landfill, and proceeds to speak to every jilted, teenage heart with her lengthy intro, she hit a home run. Swift, with her confused, mouth-breathing portrayal of a woman who fell for a bad boy represents the hearts of millions. We-e-e-e love it.

A deeper look at VMA Video of the Year nominee: “I Knew You Were Trouble” >>