Chris Brown scored a big victory in court Friday but also found out his sentence for assaulting his ex-girlfriend. Hopefully he can move on from this chapter of his life. 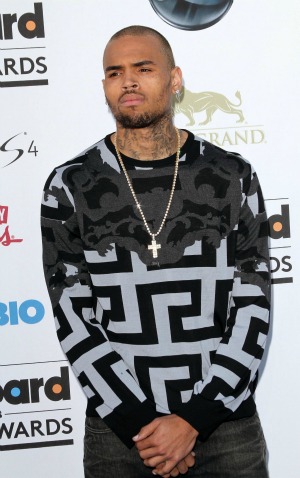 Chris Brown‘s legal troubles looked to almost be coming to an end, but a judge has apparently decided otherwise. Just a month after his probation was revoked in the assault case against ex Rihanna, it was reinstated. Not only that, but the judge also ordered Brown to perform 1,000 hours of community service.

According to the Associated Press, the singer will be doing things like cleaning highways or beaches and removing graffiti.

The negotiations on Friday, which reportedly lasted over an hour, took place in the judge’s chambers. Brown waited in the courtroom as his lawyer, Mark Geragos, negotiated.

The 24-year-old agreed to the plea deal with his mother by his side.

The deal will hopefully be the final chapter in the case that started when Brown attacked his then-girlfriend Rihanna the night of the Grammy Awards in 2009. He has since then been in and out of trouble, including a hit-and-run earlier this year.

Back in May, he turned himself in and spent 45 minutes in jail for the hit-and-run incident, but the charge was dropped on Friday.

Brown had previously pleaded guilty to the assault charge, and he has done community service as a penalty in that case. But that work will not count toward his new tally of community service hours. Brown may be able to ask for his probation to end once he completes the sentence.

The singer has obviously been worried about the sentencing hearing. He reportedly suffered a seizure back on Aug. 9, something the singer blames on the case and negative emotions.

“His doctor tended to him this afternoon and attributes the NES [non-epileptic seizure] to intense fatigue and extreme emotional stress,” Brown’s rep told Rolling Stone, “both due to the continued onslaught of unfounded legal matters and the nonstop negativity.”

The community service could be the beginning of the end of Brown’s legal troubles, and he does seem to be working to improve his life.

Brown’s new album, X, will be out Aug. 27, and the singer has announced it will probably be his last.