Up next for VH1’s Rock Docs series: the story of Pearl Jam and the history of a recording studio. 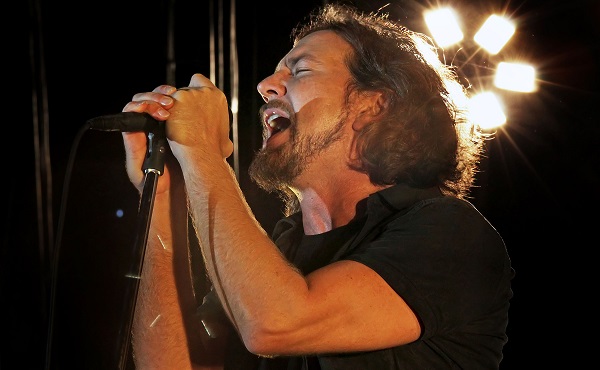 With all Grohl’s other projects, it’s no wonder Foo Fighters are on hiatus >>

First up is Saturday night’s airing of Grohl’s Sound City. The documentary talks about the history of the legendary Sound City studio. Tons of world-renowned artists recorded major records at the studio, and Grohl interviews many big names — Tom Petty, Stevie Nicks, Trent Reznor (Nine Inch Nails) and Neil Young are all on tap to talk about their experience in the booths there. Grohl even steps in front of the camera to share what it was like recording Nirvana’s 1991 masterpiece, Nevermind, at Sound City with Kurt Cobain and Krist Novoselic. Sound City airs on VH1 and VH1 Classic on Saturday, Aug. 17, at 10/9c.

Then on Oct. 12 comes one of Cameron Crowe‘s latest projects, Pearl Jam Twenty. Scattered throughout the documentary, we’ll see snippets of more than 1,200 hours of rare and never-before-seen footage of the band. Crowe and his team scrounged through everything and are showcasing the best of it while telling the story of Pearl Jam’s beginning, their rise to success and their eventual step back from the limelight. How do you properly maintain a decades-long musical career without burning out or meeting the same tragic fate as many of the rock gods that came before you? Pearl Jam Twenty examines that, too.

While the next two Rock Docs specials are decidedly rock influenced, VH1‘s Rock Docs series has a long history of catering to all tastes. The series broadcasts music documentaries that were made for other stations or went straight to DVD. Rock Docs has also showed documentaries on the group A Tribe Called Quest and the 1992 Los Angeles riots and their cause-and-effect relationship with hip-hop, as well as a history of the music video program Yo! MTV Raps.

We guess the Rock Docs series is VH1’s way of continuing to try to cater to the 20- to 40-year-old demographic the channel satisfied in the ’90s, despite how the rest of its programming sometimes looks.

To keep up with everything that happens in television, sign up for the SheKnows newsletter >>