Hugh Jackman can’t be bought. The Australian actor’s clearing the air about his rumored $100 million salary. 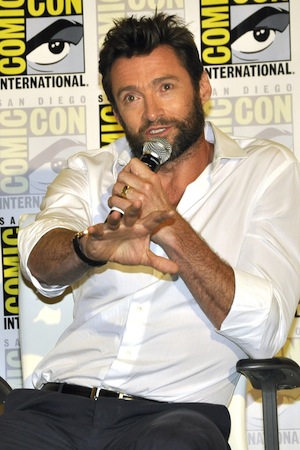 20th Century Fox loves Hugh Jackman. He headlines one of their most popular franchises. Jackman’s latest outing, The Wolverine, has grossed $307 million worldwide. Its success has sparked rumors of future Wolverine/X-Men sequels.

It’s no secret that Jackman will return to the X-Men series for Days of Future Past. He’s currently shooting the movie alongside director Bryan Singer and co-stars Halle Berry, Michael Fassbender and Patrick Stewart.

The National Enquirer recently reported that Fox had offered Jackman $100 million to play Wolverine in four more movies. That’s a jaw-dropping amount. It’s so outlandish that the actor had to publicly deny it.

10 Things to know before watching Wolverine >>

Jackman told Entertainment Weekly, “No it’s not true. I would never do that. I’ve never done that mainly because, for the fans and for me, each time I’ve gone around there’s been a really good reason to do it and I don’t know what that reason is from here. I’m in the middle of making this and I just promoted the other and I’m really happy with the way The Wolverine came out.”

Jackman’s right about one thing: Each time he’s played Wolverine, there’s been a legit reason behind it. With Days of Future Past, he’s reprising the role because the story’s based on a very famous comic book arc. It’s one where Wolverine is prominently featured. It only makes sense that he’d return and be true to the source material.

Do you want to see more of Jackman as Wolverine?