Lindsay Lohan seems determined to show that she’s doing well after being released from rehab and has even launched a new website to go with her new life. 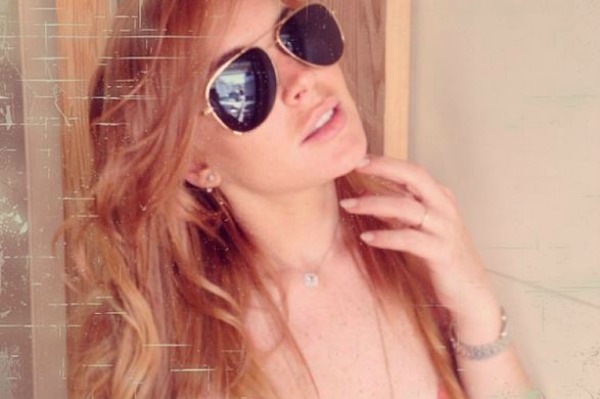 It’s almost getting hard to believe that just a couple months ago all the news you could find about actress Lindsay Lohan had very little to do with acting and mostly focused on her troubles in rehab. Between the multiple attempts to leave Betty Ford (she eventually succeeded and moved to Cliffside Malibu) and the weight gain (undoubtedly from stress), it looked like Lohan might not make it through the program.

Fast-forward a couple months and suddenly Lohan’s future is looking brighter and brighter. The moment she left the program, the actress seemed determined to put the past behind her and she hasn’t looked back since. First, she filmed an exclusive interview with Oprah Winfrey for Winfrey’s OWN network. The interview is set to air on OWN Sunday, Aug. 18 at 9/8c. After that, Lohan took over as host for Chelsea Lately. Then she got a guest role on Eastbound & Down, which she filmed this week.

Lohan has been one busy girl since getting out of rehab and she’s not stopping yet. Now, E! News reports that the actress has launched a new website, LindsayLohan.com.

The first thing fans will see when they land on the new site is a heartfelt message from Lohan that reads:

To my fans,
Welcome to my new site… Your support has been everything.
I’m so excited for what’s next. xo

All my love,
Lindsay

Lindsay Lohan gets rave reviews as host of Chelsea Lately >>

In addition to the message of thanks, fans can also find videos on the site that feature Lohan, such as clips from her latest film The Canyons, interviews and music videos. Lohan has also posted her Instagram photos on the site, as well as her favorite styles in clothes, shoes, jewelry and perfume.