Ireland Baldwin may have two of the most famous parents in Hollywood, but all it meant for her is that she wanted to get as far away from that world as possible. So why did she decide to make the leap into modeling? 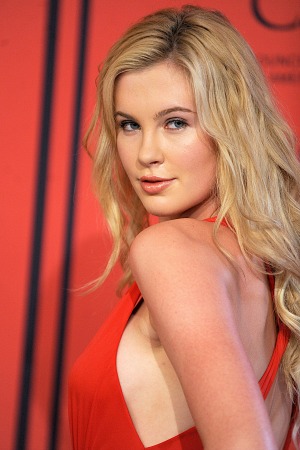 Ireland Baldwin grew up as the daughter of two of the most famous actors in Hollywood (at least at the time), and always said she didn’t want to be famous when she grew up.

“I would look at [my parents] and go, ‘Jesus, how miserable is that?‘” Baldwin said in an interview in the new issue of Elle.

Alec Baldwin’s dream is to quit acting — and social media >>

The 17-year-old daughter of Alec Baldwin and Kim Basinger has since changed her mind (sort of) but is making sure she’s doing it her own way. However, the idea of jumping into the same industry as her parents wasn’t all her own idea. Baldwin told Elle that her mom thought modeling could help with her view of herself.

“She thought it would be good for my confidence because I never thought of myself as a pretty girl,” she said.

It seems like Baldwin’s out-of-the-ordinary childhood created issues much deeper than a lack of confidence and awkwardness that most teenagers experience, and it affected things like her eating habits and weight.

“Just not having balance of any kind. Eating too much when I was too upset about something, [then] ‘I’m not going to eat ever because I’m so mad about how my body looks,'” she explained.

Baldwin is now well over 6 feet tall and doing what she can to move past her awkward stage. She’s creating her own style and dating a surfer, Slater Trout. The teen is all grown up, but she said her dad Alec probably still has “a little papa-bear mentality” about her new relationship.

Despite Baldwin and her father’s good relationship now, people will probably always think of her as the girl whose dad Alec Baldwin left her a nasty voice mail that was leaked to the media. But for now, she’s happy with her life. She knows stardom comes and goes, but offers a piece of wisdom to Elle readers about fame.

“There’s always something new that’s going to come up and happen, and you’re history,” she said. “In the end — this is going to sound dark — in the end you’re going to die, and all those photos never mattered.”