Gia Allemand’s mother says you shouldn’t believe everything you read: Her daughter was not a drug addict and the so-called friends who are talking to the media aren’t friends at all. 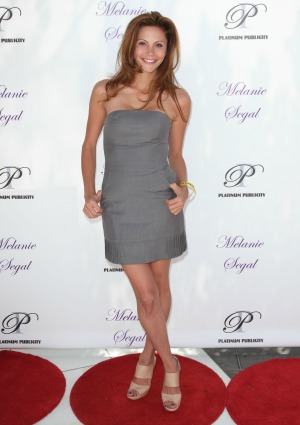 Gia Allemand’s mother is absolutely heartbroken over the death of her little girl — and to add insult to injury, she says people are making things up about her daughter’s life and tragic end.

“The family and close friends of Gia Allemand have not spoken to the media to date, nor have they posted comments or insight on Twitter,” Donna Micheletti said in a statement. “There are numerous statements and theories in the media regarding Gia’s death and her life that refer to sources close to Gia or friends of hers.”

“As her mother, I am well aware of Gia’s close friends and her best friends and I am personally going on record to refute all statements to the media out there thus far with the exception of official statements we have released through publicist Penelope Jean Hayes, and those jointly with Ryan Anderson’s NBA team representation.”

“Gia liked everyone and always found the good in people, however there were acquaintances that she had disassociated with whom are now speaking as her close friends,” Micheletti said. “I don’t like to give further publicity by mentioning names here, however there is a particular individual, Loredana Ferriolo, identifying herself as Gia’s best friend and the fact is that Gia expressed directly to me that she did not trust this individual and her motives for her own public exposure.”

Ferriolo, who was one of Tiger Woods’ many mistresses, told the New York Daily News that she and Allemand were besties, with the reality star even helping to plan her upcoming wedding, and that Allemand “sounded stuffy” when they spoke the night before her death, like she was upset.

“Either she was crying or she had a cold. I asked her and she paused and said, ‘Yeah, I have a cold.’ I thought she was crying. But she insisted it was a cold.”

Allemand was found hanged the next day.

Micheletti said if we want the real scoop on her daughter, it will come from her after the funeral, which will be held sometime next week in Queens, New York.

“After the funeral, I do intend to speak about my dear daughter’s life and death, and will do so in an open disclosure way with a trusted media source. Thank you for all those truly concerned and God bless.”