On Thursday, Soleil Moon Frye shared the exciting news that she’s expecting her third child. This baby is going to have some “punky power!” 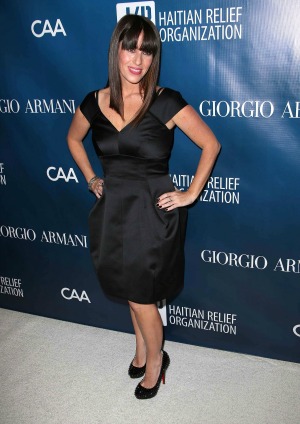 Punky Brewster is adding to her brood. On Thursday, Soleil Moon Frye shared with Today Show viewers that she and husband Jason Goldberg are expecting their third child.

The 37-year-old ’80s sitcom star said, “I have a very big announcement: We have a newest addition to the family here. We have two girls and now a new baby to join the family. We are so excited — I’m so happy.”

While it has been smooth sailing so far in her pregnancy, getting upstairs to the Today Show studios was quite the ordeal for her yesterday. The former actress was stuck in an elevator and had to be rescued by the New York City Fire Department.

The pregnancy news wasn’t that big a surprise for her fans because the former Sabrina, the Teenage Witch star has been pretty open about wanting to have more kids.

She told the baby blog The Bump last October about her family wishes, saying, “It’s on my mind like every day! I want a third! I just feel like if I have a third it will be another girl and I would be so into it. And then maybe the fourth would be a boy. Fingers crossed within the next year!”

Frye will be hosting a show on OWN later this year called Home Made Simple and she’s turned into quite the entrepreneur. She recently launched her own free photo-sharing app, MoonFrye, designed to inspire kids’ creativity.